Hiding in the JFK Files - Lies Too Big To Fail? 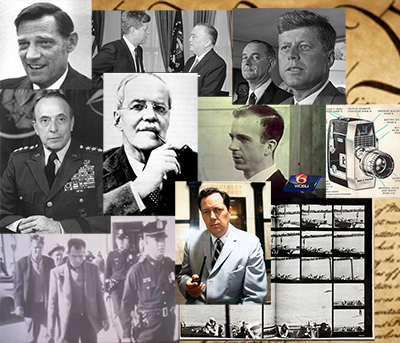 Are you one of the few Americans still believing that President John F. Kennedy was assassinated by a lone assassin?

The President's recent disregard of the Congressional order to release all documents relating to JFK's murder should give you reason to consider why the CIA does not want you to see: “3,147 ‘withheld in full’ records never seen, and an unknown number of redacted documents estimated at about 30,000”.

Rex Bradford, president of the Mary Ferrell Foundation explained what actually was heldback, “Intensely lobbied by federal agencies including the CIA, Trump instead authorized the withholding of well over 90% of these documents. 52 of the 3147 withheld-in-full records were released and put online by NARA, less than 2%, and 2839 of the redacted documents were released, which is probably less than 10% of that set.”

From the public metadata available for all these records, it's clear that the most-desired records were held back. Still withheld-in-full records among the 98% of those not released include, for example:


Please go here for the whole story... the one you did not read in the mainstream press:
What Happened Thursday with the JFK Records?, maryferrell.org