Occasionally a few Congressional people conjure up courage to do the right thing by the people of the United States. One such moment was when Sen John McCain voted against Republican amendments to destroy “Obamacare”. Just for that moment alone Sen. McCain deserves not only the Congressional Medal of Honor but the everlasting admiration of the people of the USA.

Yet, John McCain was so much more than that one vote. He was a man of courage throughout his life. He will forever be my hero.

Healthcare... No One Left Behind 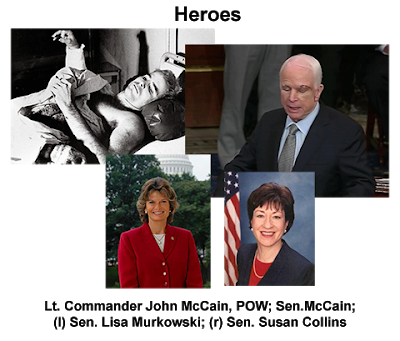 Sen. John McCain stood tall once again last night. The man who refused to leave his comrades behind came through for the people of the United States. *

He is my hero.

Despite Donald Trump’s diatribes and ridicule. Despite the president’s minion’s continuous threats to withdraw federal funding from the people of Arizona, Sen. John McCain remained true to his love for his country, his wisdom, his own healthcare challenges and, yes, his honor.

Duty. Honor. Country. These words really do mean everything.

When it comes down to the hard times and our lives depend upon the man casting the vote. Thank God Sen. John McCain found the strength to endure.

He came back to Washington, D.C. He made his vote count.

No one left behind.

I wish John McCain were the President of the United States.

There were two other heroes last night. Sen Susan Collins of Maine and Sen. Lisa Murkowski of Alaska who joined with all 46 of the chamber’s Democrats and independents to defeat the Sen. McConnell’s repeated attempts to deny millions of Americans healthcare. Both senators endured Trumpian tweet tirades of scorn and ridicule, plus his minion’s threats to deny federal funds to the people of their states. Please go here for the whole story.

Photo above: John McCain lies in a hospital bed in Hanoi, North Vietnam, after being taken prisoner of war. (FRANCOIS CHALAIS)

*John McCain spent 5½ years in captivity as a POW in North Vietnam. His first-person account of that harrowing ordeal was published in U.S. News & World Report on in May 14, 1973. Shot down in his Skyhawk dive bomber on Oct. 26, 1967, Navy flier McCain was taken prisoner with fractures in his right leg and both arms. He received minimal care and was kept in wretched conditions that he describes vividly in this U.S. News special report.

Of the many personal accounts coming to light about the almost unbelievably cruel treatment accorded American prisoners of war in Vietnam, none is more dramatic than that of Lieut. Commander John S. McCain III—Navy flier, son of the admiral who commanded the war in the Pacific, and a prisoner who came in "for special attention" during 5½ years of captivity in North Vietnam. Please go here for more. 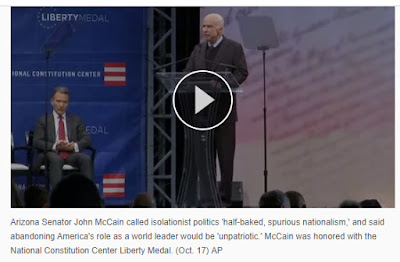 Thank you, Senator McCain for the man you are. For your courage in the face of overwhelming odds. For your strength. And, for remaining with your fellow POWs at the North Vietnamese Hỏa Lò Prison, known as “The Hanoi Hilton”, until you and your fellow POWs could come home together.

I have no doubt that Col. Richard “Pop” Keirn, USAF, would agree.

Richard Keirn, my mother’s first cousin, was held for 7 years and 7 months in the Hanoi Hilton and came home with Sen McCain. 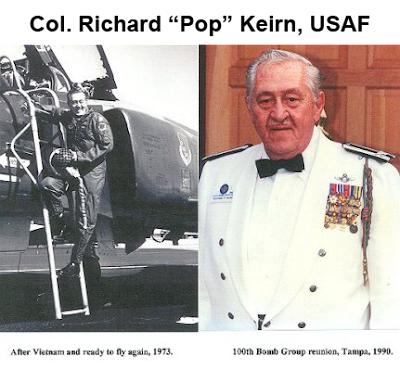 Courage to Do Right

Colbert To Trump: 'Doing Nothing Is Cowardice'

Stephen Colbert commends the victims and first responders of the tragic Las Vegas shooting for their immeasurable courage. Now we need courage from the President of the United States.


Sen. John McCain has the courage to do the right thing. Please take a few minutes to view this video: John McCain Receives the Profile in Courage Award

Senator John McCain's acceptance speech at the May 24, 1999 Profile in Courage Awards. 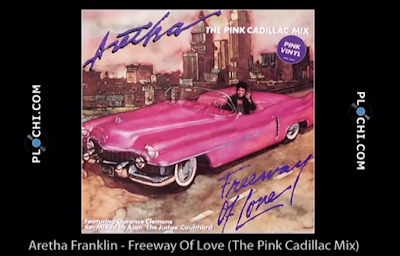 Millions are Aretha Franklin fans. I’ve been one since forever.

But, most of all Aretha will always be the major star in my heart because of her performance of “Nessun Dorma”, when she sang as a sub for Luciano Pavarotti, and, again for the Pope… that unforgettable performance… the one that brought a little boy to her side on stage.

Please, Never Give Up

While our attention is overwhelmed by U.S. mainstream media reports about Trump associates’ felony convictions, a major story playing out in Massachusetts has gone largely unnoticed.

Thank God for the UK’s, The Guardian.

Why is this important? Each day our youth realize it’s up to them to create a nonviolent, compassionate, life-affirming USA. They haven’t yet lost their dreams and hopes for rational gun regulation.

I hope they never tire, never surrender, never give up.

“Activists across Massachusetts came together for the local chapter of 50 Miles More to challenge the arms manufacturer at its Springfield headquarters.”

“Student activists continued to make progress on Friday on a 50-mile march that will bring them to the headquarters of gun manufacturer Smith & Wesson in Springfield, Massachusetts this weekend.”

“The group has two messages it hopes to deliver to Smith & Wesson. First is a request that the company cease the manufacture of weapons outlawed under the 2004 Massachusetts Assault Weapons Ban.”

“Smith & Wesson produces weapons that are illegal in Massachusetts then ships them throughout the country, and those [guns] take peoples’ lives,” Eder said. “That needs to stop.”

“The group would also like to see the company donate $5m to research violence involving its weapons.”

“I hope Smith & Wesson realize they can become a responsible gun manufacturer. They could start making guns with finger print [technology] again, for example.”

“He (David Hogg) and the group have no problem with the second amendment, they all agreed. They simply take issue with how it’s regulated.”

“We don’t have universal background checks; we need to invest in violence intervention programs,” Hogg said. “These shootings don’t just happen in high schools, they happen every day. We need people like the president to realize this is not just Parkland, this is Boston, this is all the different cities that we’re with.”

Asked what he wanted Smith & Wesson to hear when the group arrives on Sunday, Brody said it was “OK to be a gun manufacturer and be against gun violence.

“You can be a part of the solution. If you’re truly who you say you are, you haven’t acted like it. It’s time to step up and be the first gun manufacturer to say you’re against gun violence, and mean it and show it.” 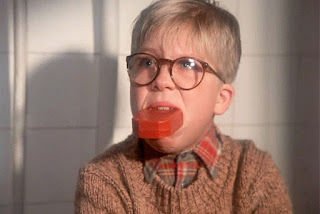 These past few weeks have been a difficult time for me. I'll write about them in the days to come.

But, today, for all my Republican friends... those that no longer talk to me and turn away when they see me... please take a few minutes and view this short video by Chris Cuomo.

Cuomo: We hold kids to higher standard than Trump

Email ThisBlogThis!Share to TwitterShare to FacebookShare to Pinterest
Labels: standards

Mr. Trump has declared the media to be the enemy of the people. As I see it, in his recent campaign-style rallies he his further incited his followers to violence against reporters. This is not acceptable by any measure.

World-wide people now clearly see Mr. Trump, his colleagues and their actions are not supportive of the people of the United States. Rather, the Trump administration has gone about gutting our government; obliterating what little protection the people have from the extremes of predatory capitalism; abused the peoples’ trust and lined their pockets, reaching historic levels of corruption; and now, encouraging and permitting on-going subversion of our election process.

Additionally, that the current President of the United States has, repeatedly, incited his followers to violence against his political opponents.

What must be done?

One first step is for the “mainstream press”, the media, to stop being Mr. Trump’s propaganda tools. At the very least, minimize Trump-coverage by not making it the lead story.

Shift the majority of reporting to how Mr. Trump’s comments and actions have touched the lives of readers, views and listeners.