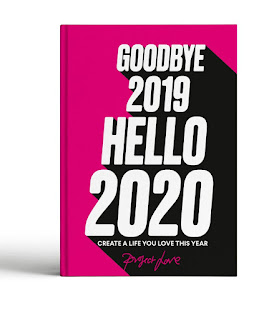 Time for a Humane Nation 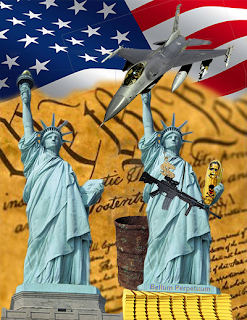 Never one to make New Year’s resolutions in the past, I’ve concluded that it is now well past time to change my pattern.

So, for 2020 and for all the years I have remaining, I have concluded I must, we all must, spend every moment working toward making our nation a humanitarian nation. That is, one dedicated to improving life for all of us.

By working to better living conditions, improving health care, improving education, lessening economic burdens, improving working conditions, renewing our national infrastructure, and taking care of all of our people in need – the homeless, the mentally ill, the elderly – just to name a few of the forgotten millions of Americans, we will put our nation on a life engendering path

That is a path opposite of what we have become, a nation of endless wars and outright cruelty, intolerance, and hatred. We have become our doppelganger USA.

Once we make that “path navigation” correction, point ourselves in the right direction, toward the light, so to speak, without fail, we will make our nation work toward life for the living rather than for the dying.

Dear Speaker Pelosi. We must win. We must remove Mr. Trump from office.

Mr. McConnell has already declared what the Republican-controlled Senate will do... exactly what Mr. Trump wants them to do -  because it's all about politics as usual.

So, let's make a superb offensive move by doing what the Republican Senate leadership does not expect. Here's what we will do... short circuit their plan.

Speaker Pelosi: When the Impeachment Resolution is passed, do not send it immediately to the Senate. Withhold it instead until the court cases are settled, until Don McGahn and others are forced to respond to their subpoenas, until the President is forced to submit his tax returns, until all the evidence has come to the surface and makes an airtight case to remove him from office.

Take a page from Mitch McConnell's playbook and game the system. Remember what he did to Merrick Garland? The hundreds of passed House bills he refuses to bring to the Senate floor? Use your power the way he does.

Sending the Resolution to the Senate right away hands the initiative to McConnell, and he will game the system, beyond doubt. He's already disclosed how he'll do it, boasting he'll align Senate procedure with the wishes of the White House. If he could, he'd refuse to bring the Resolution to the floor, but by law he can't do that. So he'll orchestrate a short trial with no witnesses and call for a quick up-or-down vote and he'll win as he always does, with foul means or fouler. If you let McConnell proceed the President will not be removed from office in January, when the Senate is scheduled to undertake the trial.

So finesse the Majority Leader. Withhold the Resolution. The court cases should all be resolved by June, say (not incidentally when Bill Weld's primary challenge will be blazing full tilt).

Then hold some more hearings. Answer the Republicans' demand for "fact witnesses" by calling McGahn, Pompeo, Bolton, Pence, Giuliani, and Mulvaney to testify. Make the Trump tax returns public. The lurid truth of his misconduct will dominate the nightly news for weeks.

When all the bombshells have exploded, then hand off the Impeachment Resolution to Mitch McConnell. Now you have set the stage, not the Majority Leader and what could be more politically damaging to Trump than standing trial during the heat of his reelection campaign?

The case against Trump is not at the moment open-and-shut. Committee chairs Schiff and Nadler may claim the evidence is "overwhelming," but Republican Senators hotly deny that, and so do half of the American people. When the damning evidence now blocked by lawsuits is a matter of record, the case will be unassailable: it will be impossible for Republican Senators to deny, and McConnell's capacity to game the system will vanish. The Senate will have no choice but to vote removal.

Speaker Pelosi, wait until you have an airtight case and then spring.

O.K. It's done. Now we can all enjoy Christmastime and look forward to a "perfect" 2020 dust-up!

In Creativity No. 2 Wins Again 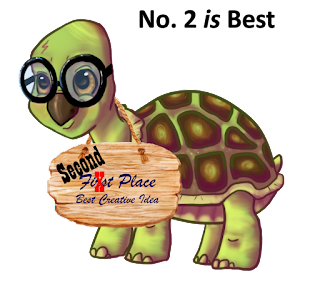 The creative process fascinates me.
Improving something.
Creating a new concept.
Solving a problem.
Finding a solution.
For me that is a special “spice” in my life.

I guess it might be the challenge of coming up with an idea. Or, perhaps, it’s being a part of a team working together to do the same that is so rewarding.

Stanford University researchers have come up with some data that supports the idea that your “second” best idea might be your most creative.

I’ve always been partial to number two. Here’s the story….

Why your best idea may be your second favorite, Dylan Walsh, Stanford University, medicalexpress.com, 13 Dec 2019.

“A realistic first idea might not be as creative as an abstract second one, new research shows.”
Michelangelo reportedly said the job of every sculptor is to discover the statue inside the stone, then work around it. Liberate the form.

But for those of us who lack such exacting creative vision, how do we know the right chisel from the wrong, the good idea from the bad? "Evaluating creativity is difficult," says Justin M. Berg, an assistant professor at Stanford Graduate School of Business who studies creativity and innovation. "A lot of research suggests that people are not very good at it, that a number of biases and challenges get in the way."

In a research paper that was recently published in Organizational Behavior and Human Decision Processes, Berg investigated a relatively understudied part of the creative process: the very early stage, when rough ideas are first generated. This, he noted, is when people are brainstorming in their own heads or sketching in secret; many of these ideas are never shared. But if you work in a job that involves creativity, these earliest choices about which initial idea ought to be pursued can greatly impact your creativity. Investing your time in the right idea can lead to a breakthrough.

So how good are people at knowing if an initial idea is worthy of time and energy? Not very good, it turns out, but also not terrible, which opens a path to improvement.

Your Gut is Partially Right

All those fake news articles, lies, etc. I did it!

So says a recent research report. Well, at least I did the misremembering.

After all, it’s always been true (not fake?) that we believe what we want to believe — truth or not. Still, it’s interesting. Misremembering, that is.

"We live with our biases all day, but we only come into contact with false information occasionally."

A new study found that people given accurate statistics on a controversial issue tended to misremember those numbers to fit commonly held beliefs.

For example, when people are shown that the number of Mexican immigrants in the United States declined recently—which is true but goes against many people's beliefs—they tend to remember the opposite.

And when people pass along this misinformation they created, the numbers can get further and further from the truth.

"People can self-generate their own misinformation. It doesn't all come from external sources," said Jason Coronel, lead author of the study and assistant professor of communication at The Ohio State University.

"They may not be doing it purposely, but their own biases can lead them astray. And the problem becomes larger when they share their self-generated misinformation with others."

*I always wondered why Miss Barbara never saw me through her famous mirror. Now I know. She misremembered me!

Why Misremembering Can Be Good for You 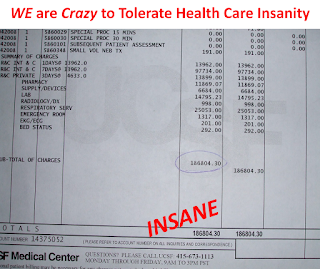 Sadly, it is true, not only for the "poor" but for all of us.

Our "healthcare system" is insane. "Why?"

Why are we tolerating this scam?

Our NHS is not for sale, @realDonaldTrump pic.twitter.com/q9z4r6Ni6g
— PoliticsJOE (@PoliticsJOE_UK) December 3, 2019 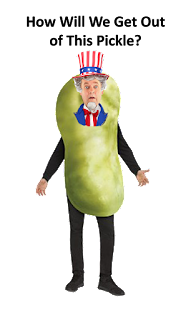 Mr. Trump has empowered his zealot followers to the point of violence against the evil Democrats in support of God's chosen one, Himself.

Others see another biblical character in Mr. Trump - the Antichrist - the evil force opponent of Christ expected to appear before the end of the world.

Still others see him not only as a schoolyard bully, but also as a fraud, a con man.

Interestingly, back when America was Great, in 1958, the coming of Mr. Trump, our president, was portrayed in Trackdown, a CBS TV western.

Sure, I’m taking liberties by comparing the character, Trump, with President Trump.

Still, there’s whole bucket full of similarities between the two. For me, they sure do seem to be one in the same. I'm sure you'll judge for yourself.

One more thing. About those town people, the judge says:

"I live here. I know these people pretty well. And right now there's nothing in the world that can change their minds and anybody who tries to can end up getting hurt. They're not gonna listen...You might as well try to spit out a forest fire. It's a funny thing. When we were kids we were all afraid of the dark. When we grew up we weren't afraid any more. But it's funny how a big lie can make us all kids again."

We sure are acting like ignorant kids today. Don’t you agree?