Police pepper spray seated, nonviolent protesters at The University of California, Davis, Friday, 18 Nov 2011 (above). Police pull high school student and bystander Walter Gadsden into the street so dogs can tear at him, Birmingham, Alabama, 4 May 1963.

Heroes can change the world. And, photos of heroes can change the world, too. By now you may have seen the video of police pepper-spraying seated University of California, Davis protesters. This disgusting display of brutality reminded me of the shocking photo I saw in 1963. It showed police dogs tearing at Walter Gadsen's abdomin, a peaceful bystander, pulled by a police officer into the street during a civil rights march so the dogs could get to him. I wasn't the only person shocked by the photo. President Kennedy was too. And millions of Americans were shocked, as well. (See my post, 31 Aug 2011, What is the Price of Teapot Stupidity?)

The video of a police officer pepper-spaying seated, nonviolent protesters on a college campus is an equally shocking image. I pray these brave protesters were not permanently injured. And, I pray that millions of Americans will be as outraged as I am over this unnecessary brutality as we were 48 years ago.

Major media are predicting that the Congressional Super Committee will not come to an agreement and therefore not recommend a plan of action to the People of the United States. This may be good or bad, depending upon whether you are a Republican or a Democrat. For the rest of us, it's the same old thing... our elected "representatives" showing a disgusting lack of concern for the people and just one more example of the failure of both parties to do their duty in service to the people of the United States.

Here are the real heroes... click on the image to see the video or go here: http://youtu.be/oVHNlPimqfE

Over the past few years my friend has repeatedly heard me say, “I won’t be buying new underwear until after 2012 because the Maya Calendar ends in 2012 and multitudes predict that’s when the world will end. (Or, sometime around then, give or take a few years, months, decades - depending upon interpretation and / or who is writing the story, etc.) Anyway, so, no use spending the few meager dollars I have on such frivolous items such as clothing because we will all be gone in a few months. I won’t be needing it.

Today, I believe a different interpretation of the calendar thing. Yes, the experts are right. Our “old” world will soon be ending and a new one is about to begin. But, it appears the “ending” will be a good thing, not a bad thing.

Here are two reasons for my optimism:


Whoever created that Mayan calendar was right in ending it in 2012, because despite what the politicians don’t do in Washington, you can bet on a new world soon. Our new world doesn’t require Republicans or Democrats working together for the nation’s good - something they can't seem to manage.  We will soon have the power to take care of ourselves without them. Just think, finally, an end to ever increasing fossil fuel costs and a new industry, potentially employing millions, converting every home and business to renewable energy. And, an end to an irrelevant political process which has come to benefit only the politicians, the fossil fuel people and the 1 percenters.

Looking out the office window I see a beautiful sunrise this morning, 2 Nov 2011.

I’m so inspired. I guess I'll risk everything and present the Baker Economic and Social Political Plan for saving the United States and hence the world.

No, this time, it does not require immediate resignation of all Republicans and Democrats and the total replacement of all members of the House of Representatives and the U.S. Senate… not even the State of Michigan House and Senate. 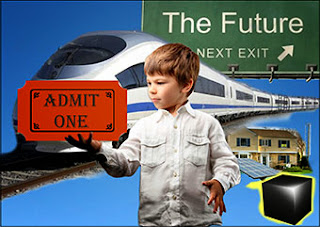 Well, the plan this morning includes ten major “pillars” and identifies several “found” revenue streams, any one of which will restore financial health to the nation and put millions of us 99ers back to work. So, here it is:


Those are just a few thoughts to help make a difference today.
What are your thoughts?
Posted by Ron Baker at 8:15:00 AM No comments: