As we wait the outcome of Mr. Trump’s encounters with Lady Justice, one thing is certain, his time on this earth will scar and cripple us and our ancestors for generations to come.
Like gorging vampires, Trumpism and Trump crawl out of their coffins each night to feast on the blood of their victims, i.e., us.
In fact, Trumpism and Trump are at once both the Naegleria fowleri, the "brain-eating" shapeshifting amoeboflagellate excavate, the Republican Party,  and the current manifestation of the same-old-same-old conman/fraudster melded with a psychopathic/white supremacist/fascist.
What are we to make of this? How did we get here? What does it say about us?
In an attempt to answer these questions, I’ve posted (below) a presentation and two interviews with Sarah Churchwell, Professor of American Literature and Chair of Public Understanding of the Humanities at the School of Advanced Study, University of London.
I found them interesting and enlightening. I hope you will, as well.

Sarah Churchwell is Professorial Fellow in American Literature and Chair of Public Understanding of the Humanities at the School of Advanced Study, University of London, and one of the UK’s most prominent public intellectuals and cultural critics.

A renowned specialist in American literature and culture, she appears regularly on current affairs and cultural programmes such as Question Time, Newsnight and the Review Show, and writes for national and international newspapers such as The Guardian and Financial Times. She is the author of ‘The Many Lives of Marilyn Monroe’ and ‘Careless People: Murder, Mayhem and the Invention of The Great Gatsby’. Her most recent work ‘Behold, America: A History of the American Dream and America First’ argues that the meanings and history of these terms need to be understood afresh so that the true spirit of America can be reclaimed.

This lecture forms part of ‘The Vice-Chancellor’s Distinguished Lecture Series,’ which aims to reflect on the major social, scientific, cultural and policy issues of our time.

What is the history of the American Dream? | Sarah Churchwell | 5x15

Sarah Churchwell is Professor of American Literature and Chair of Public Understanding of the Humanities at the School of Advanced Study, University of London. She is the author of Careless People: Murder, Mayhem and The Invention of The Great Gatsby and The Many Lives of Marilyn Monroe. Her literary journalism has appeared widely in newspapers and she comments regularly on arts, culture, and politics for television and radio. She lives in London.

5x15 brings together five outstanding individuals to tell of their lives, passions and inspirations. There are only two rules - no scripts and only 15 minutes each.

University of London literature Professor Sarah Churchwell talked about her book, Behold America, which looks at the history of the phrases “America First” and “The American Dream.”

Yes, We Owe Them Big 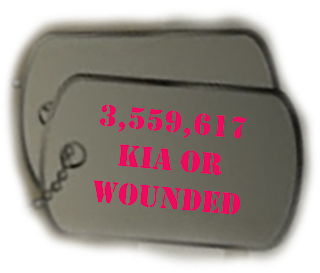 "The Sergeant First Class (SFC) Heath Robinson Honoring our Promise to Address Comprehensive Toxics (PACT) Act, is a new law that expands VA health care and benefits for Veterans exposed to burn pits and other toxic substances. This law helps us provide generations of Veterans—and their survivors—with the care and benefits they’ve earned and deserve."

'We owe you big': See how Biden honored Jon Stewart before signing bill.

Good News Florida! DeSantis is Up for “Suspension” this Nov. 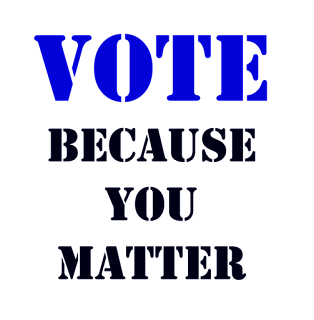 This article from the Tampa Bay Times, by Lawrence Mower and Emily L. Mahoney, 4 Aug 2022:

TALLAHASSEE — Gov. Ron DeSantis on Thursday removed Hillsborough County State Attorney Andrew Warren from office for what he said was Warren’s disregard for his duty to enforce state laws, including a pledge not to prosecute people receiving an abortion or their doctors performing them.

At a news conference flanked by police from around Tampa Bay, DeSantis said Warren had “put himself publicly above the law” by signing letters saying he would not enforce laws prohibiting gender-affirming care for minors or laws limiting abortion.

Under a clause in the state Constitution, DeSantis suspended Warren, effectively firing him.

Further, from the Tampa Bay Times:

On Wednesday, DeSantis’ spokesperson, Christina Pushaw, warned on Twitter that there would be a “MAJOR announcement” by the governor Thursday morning.

“Prepare for the liberal media meltdown of the year,” she wrote.

DeSantis got his splash in media coverage. Didn’t he?

And: “It’s unclear if Warren’s removal from office is permanent. Under Florida law, the Florida Senate must decide whether to reinstate Warren or remove him completely. The Senate must send out a notice of an initial hearing within 90 days, per Senate rules — putting that deadline for Warren’s case just days before Election Day in November. Warren can also choose to fight his removal in court, which could push back that timeline.”

“Let’s be clear — this is not about what I’ve done. This is about what I’ve said,” Warren said. “This is Orwellian thought police. I’m being punished for not enforcing a law that doesn’t even exist.”

Further, no abortion cases are pending or have been brought to Warren.

Finally, Warren, twice elected Prosecutor by the people of Hillsborough County, Florida, plans to fight the suspension in court.

Below are just a few additional examples of Mr. DeSantis' abuse of his authority as governor.

All seem calculated to garner national media attention. All use the same-old-same-old political deception game of pointing to someone else for doing the exact "sin" while doing it himself. In this case it's "overreach".

With ads running all over the nation, it is more than obvious Mr. DeSantis plans on becoming President of the United States in 2024.

It's also obvious he will step on anyone to help him get there, too.

Disney Is a Kingdom Within a State, Alissa Walker, Curbed, 20 Apr 2022

Hear what prosecutor suspended by DeSantis had to say about him

Florida Gov. Ron DeSantis suspended Tampa's elected prosecutor, Andrew Warren, over a perceived '"woke" agenda for pledging to not use his office to go after people who seek and provide abortions. He speaks with CNN's Laura Coates. #CNN #News
Gov. DeSantis Suspends Elected Prosecutor who Refuses to Support his Extreme Agenda
ReidOut Highlights: 5 Aug 2022
Joy Reid , MSNBC
Posted by Ron Baker at 4:51:00 AM No comments: 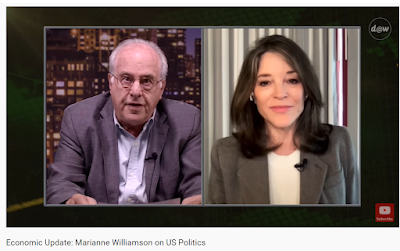 Have you heard Marianne Williamson present her thoughts about our nation?

Honestly, I respect her for many reasons, but until now I had not considered her as a viable political leader. Today, I do.

Marianne Williamson is a bestselling author, political activist, and spiritual thought leader. Marianne is the author of 14 books, four of which have been #1 New York Times bestsellers. Williamson founded Project Angel Food, a non-profit that has delivered more than 14 million meals to ill and dying homebound patients—including victims of HIV/AIDS—since 1989. In 2004, she co-founded The Peace Alliance. In 2020, she ran for the Democratic nomination for president and eventually withdrew in favor of Bernie Sanders.

Capitalism Run Amok: What went wrong and how to fix it
Marianne Williamson and Richard Wolff
Aug 14, 2021
Economist and Professor Richard Wolff analyzes the deficiencies of modern capitalism, articulating the benefits of a socialist system and the road to a more equitable society. He promotes not a radical shift in economic system, but a gradual transformation involving a shift in consciousness from profits before people to people above all else.
Subscribe to Marianne's Substack, TRANSFORM: MarianneWilliamson.Substack.com
Subscribe to Marianne's TRANSFORM Podcast: https://spoti.fi/3mMKauu
Follow Richard on Twitter: https://twitter.com/profwolff
Learn more about Richard Wolff: https://www.rdwolff.com
Follow Marianne on Social Media
Twitter: https://twitter.com/marwilliamson
Facebook: https://www.facebook.com/williamsonmarianne
Instagram: https://instagram.com/mariannewilliamson 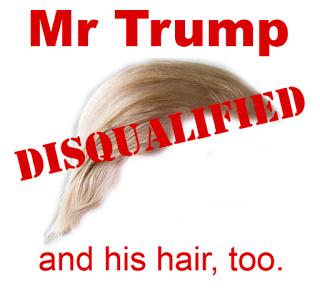 Mr. Trump you are disqualified.

No person shall be a Senator or Representative in Congress, or elector of President and Vice President, or hold any office, civil or military, under the United States, or under any State, who, having previously taken an oath, as a member of Congress, or as an officer of the United States, or as a member of any State legislature, or as an executive or judicial officer of any State, to support the Constitution of the United States, shall have engaged in insurrection or rebellion against the same, or given aid or comfort to the enemies thereof. But Congress may by a vote of two-thirds of each House, remove such disability.

How to Disqualify Insurrectionists from Congress:
Interview w/John Bonifaz of Free Speech

One way its being enforced is by the truly heroic efforts of John Bonifaz and his organization Free Speech For People. They're filing lawsuits against insurrections in Congress - from Marjorie Taylor Greene to Paul Gosar, and others - and seeking to have judges disqualify them from the ballot for there conduct in connection with the January 6 insurrection.

I sat down with John for an extended conversation about his democracy-saving efforts.

My podcast, "Justice Matters with Glenn Kirschner" can be downloaded where you get your podcasts. To subscribe to the podcast: https://link.chtbl.com/JusticeMatters