It’s Your Soul and Our Nation Sen. Manchin

Now that senate Republicans have blocked the creation of a bipartisan commission to study the 9 Jan Republican-led, traitorous insurrection to overthrow the government of the United States, what is next for you, Sen. Joe Manchin III (W. Va.))?

Will you continue to be a “useful idiot” for the Republicans by not supporting the end of the filibuster?

If not, you sir and your college, Kyrsten Sinema (Ariz.), will become personally responsible for enabling the continued rape of the people of the United States by the Trump Republicans.

On your shoulders, sir, rests our heritage of sacrifice and valor against oppression, Fascism, and oligarchy.

Since 1776, our ancestors shed heir blood for our American Democratic Republic under our Constitution, securing our natural rights and knowing in their heart-of-hearts that no one is above the rule of law.

Are you a man worthy of our past national heroes? The thousand who sacrificed their lives for freedom? Will you surrender our national heritage to these soulless, brainless, thugs who would cut their mother’s heart out for Donald Trump?  Or, for what else? The equivalent of 30 pieces of Republican silver?

It is your soul and our nation Sen. Manchin.

Join the Democratic Party effort to end the senate filibuster.

What is Your Congressperson Doing for You? 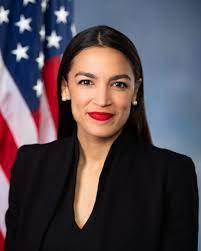 Is your Congressperson working this hard for you, too?

Justice for Our Children

“Is dissent a crime?”, asked Arthur Krause, the father of 19-year-old Allison Krause, one of the slain KSU students. “Is this such a reason for killing her? Have we come to such a state in this country that a young girl has to be shot because she disagrees deeply with the actions of her government?”

Fifty-one years ago, four Kent State University students were murdered, and nine others wounded by a tsunami of incompetent leadership and bigoted politics. Back then, as today, the people of the USA were wrapped up in a cultural straight jacket of disdain and intolerance for their own youth.

“KSU was in chaos on 4 May 1970, because Ohio Gov. James Rhodes came to campus the day before. In a press conference he unleashed a tirade against the students, calling them “worse than the brown shirts and the communist element and also the nightriders and the vigilantes … They’re the worst type of people that we harbor in America, he continued. I think that we’re up against the strongest, well-trained, militant, revolutionary group that has ever assembled in America.”

“Then he stated that he would get a court injunction banning future protests and left the impression that something like martial law had been declared. Then he departed the KSU campus.”

“Rhodes actually did neither. But, the Guardsmen and their officers, the university administration and the student protesters did not know that. Rhodes did accomplish inciting Guardsmen and the general public against the students and muddling the "chain of command" so that no one really knew who was in charge.”

“That night, Sunday, 3 May, students confronted Guardsmen demanding that the Guard leave their campus. Several students taunted the Guard and were bayoneted.”

“The previous Friday, 1 May, KSU students and students at other universities, such as Yale, protested President Nixon’s invasion of Cambodia and the expansion of the war in Vietnam.”

In the Trumpian era of “alternative facts” and demagoguery we are ever slipping and sliding deeper and deeper into our own Fascist-American quicksand where our leaders mislead, confuse issues and make up “facts” to feed their narcissistic addiction and never-sated power and wealth appetite.

Kent State continues to offer lessons for us today… lessons we continue to disregard.

The KSU administration has still not accepted sculptor George Segal’s, In Memory of May 4, 1970: Kent State - Abraham and Isaac. A work of art they commissioned.

Segal’s sculpture is a contemporary version of Abraham and Isaac “in an allegory for the May 4, 1970, tragedy at Kent State University. A poignant visualization of humankind's struggle between ideology and paternal love, it mirrors the conflict that led to the death of four students at the hands of the Ohio National Guard.”

In other words Segal is mirroring our willingness to sacrifice our own children to our gods, whoever or whatever they are. I fear many will continue the practice, still cheerfully following the whims of our past president.

After commissioning it in 1977, Kent State refused the sculpture in 1977, saying that it “depicted violence”.

Violence, indeed. That, after all, is still what we are all about.

In Memory of May 4, 1970: Kent State - Abraham and Isaac is now on display outside of the Princeton University Chapel as part of the John B. Putnam Jr. Memorial Collection, funded by a partial gift of the Mildred Andrews Fund.