Only one man unleashed war on Ukraine. He can halt it in a second. Will he?

Please, those of you in Russia who can, please stop him... stop this senseless murder in Ukraine.

Years ago, when I was younger, I would pray for Peace.

Every New Year I silently resolved that killing and war would be no more.

I was a child then.

I believed that my resolving would bring Peace into being.

An old man now, I have observed that my resolving didn’t exactly pan out.

Peace has not arrived despite my annual effort to make it so.

Today I plan to add a few more words to my resolution:

I resolve that killing and war will be no more and that all of us on planet Earth resolve it, too. Together we can make it so.

"And he shall judge among the nations, and shall rebuke many people: and they shall beat their swords into plowshares, and their spears into pruninghooks: nation shall not lift up sword against nation, neither shall they learn war any more." Isaiah 2:4

* The bronze sculpture "Let Us Beat Our Swords into Ploughshares," was created by Soviet artist Evgeny Vuchetich, and presented to the United Nations on 4 December 1959 by the Government of the USSR. The sculpture, depicting the figure of a man holding a hammer aloft in one hand and a sword in the other, which he is making into a ploughshare, is meant to symbolize man's desire to put an end to war, and to convert the means of destruction into creative tools for the benefit of mankind. It is located in the North Garden of the United Nations Headquarters.

The Problem is Still Civil Obedience

In 2012, Matt Damon helped pay tribute to the late historian and author Howard Zinn. This rendition of a speech Zinn gave in 1970 on civil disobedience is one of his most powerful performances to date. It is still true... The Problem is Still Civil Obedience.

“Back in the 60s and 70s Dr. Zinn was one of the few who understood... and he did his best to tell us... that what was happening to our black brothers and sisters would soon be happening to us, all of us, save the mega-super rich. Today we understand his message was a premonition about our times, too.” 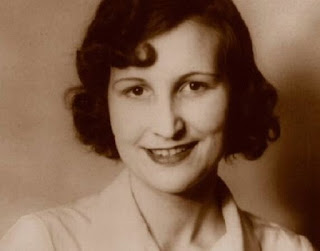 The video below includes a re-enactment of her:

“Finally, I got up in the sound truck and I called the police, "Cowards, cowards, shooting into the bellies of unarmed men and firing into the mothers of children".  And everything became quiet on both sides of the line. And I appealed to the women, the spectators on both sides, "Breakthrough those police lines and come down here and stand beside your husbands and your brothers and your uncles and your sweethearts".

"In the dusk, I could barely see one woman walking down the battle zone. A cop grabbed her by the coat and she went right out of that coat and this was in freezing weather and she just kept right on coming. And as soon as that happened there were other women who followed down, then more men. And there was a big roar of victory." --Genora Johnson