What is the Price of Teacup Stupid? 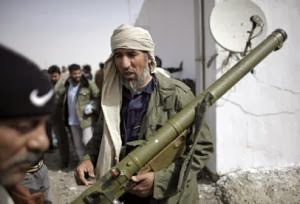 Early this morning the thought occurred to me that a high price is being paid by a few brave souls for the idea of freedom. Libyan rebels are among the latest to risk everything for a taste of the dream. They join the courageous brotherhood and sisterhood anchored in the world-wide annals of freedom-seeking heroes. 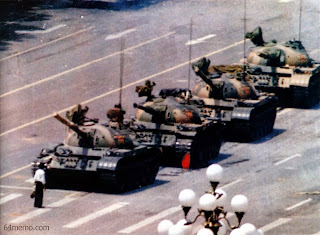 Freedom’s price is high. It respects no national boundary and its fee continues to be paid everyday.

You may remember that long before the Libyan Freedom Fighters and the Arab Spring there was the June, 1989, massacre at Tiananmen Square. The Chinese army killed hundreds of unarmed, freedom-seeking students.

Long before Tiananmen Square, I vividly remember the 1963 Birmingham police dogs ferociously tearing at a black boy as well as the 15 Sept 1963 church bombings in the good ole southern USA. Four children died that day: Addie MaeCollins (14), Cynthia Wesley (14), Carole Robertson (14) and Denise McNair (11). Doubtlessly unaware, still, they were Freedom Fighters, too, and they did pay the supreme price. 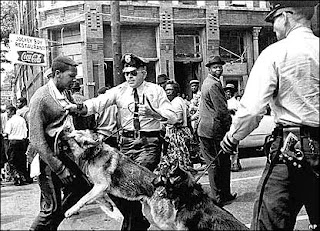 Bill Hudson's image of Parker High School student Walter Gadsden being attacked by dogs was published in The New York Times on May 4, 1963. Then with the Associated Press (AP), Hudson captured the photo on 3 May. Gadsden was a bystander who had been grabbed by the sunglasses-wearing police officer, while a German Shepherd lunged and ripped at his chest. The photo appeared above the fold, covering three columns in the next day's issue of The New York Times, as well as in other newspapers nationwide. Author Diane McWhorter wrote in her Pulitzer Prize-winning 2001 book Carry Me Home: Birmingham, Alabama, the Climactic Battle of the Civil Rights Revolution that Hudson's photo that day drove "international opinion to the side of the civil rights revolution." Hudson’s photo became seared into my memory. I’ve never forgotten it. Another person saw the photo, too. President Kennedy told a group of people at the White House that The New York Times photo made him "sick." Kennedy called the scenes "shameful". 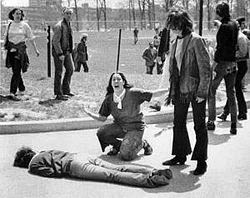 Thirty years or so before the 4 May 1970 Kent State University murders at the hands of the Ohio National Guard (left), the Japanese signed the book of international atrocities — multiple times. It is estimate that 300,000 people were brutally murdered by the Japanese during the Rape of Nanking, (I apologize. The photos I've found were way to brutal for me to post).

Human Rights it seems are always on the short end of the stick, especially when wealth and land are in the mix. Historians estimate that Georgians, Carolinians, Virginians, and Alabamians forced more than 100,000 Native Americans from their homelands and onto the Trail of Tears following the discovery of gold in the 1830s. The state of Georgia had already declared all laws of the Cherokee Nation null and void after June 1, 1830, and also prohibited Cherokees from conducting tribal business, contracting, testifying against whites in court, or mining for gold. Cherokee leaders successfully challenged Georgia in the U.S. Supreme Count, but President Jackson refused to enforce the Court's decision. Thousands died along the Trail of Tears.

Later, on 29 Dec 1890, at Wounded Knee Creek, the US Army needlessly slaughtered more than 100 women and children out of fear of Native American religious empowerment.

You may be thinking: “Well, all that was in the past. Today we’re more enlightened. We respect the human rights of people.”

In a throwback to the Fugitive Slave Act and the Jim Crow era, the state of Alabama has enacted (Sept, 2011) a law that is so inhumane that four Alabama church leaders, an Episcopal bishop, a Methodist bishop and a Roman Catholic archbishop and bishop, have sued to block it on the grounds that it criminalizes acts of Christian compassion, making potential criminals of anyone who may work or live with undocumented immigrants or show them kindness. Why are we tolerating these modern-day atrocities?

It actually gets worse.

Today, led by recently concocted teacup stupidity and old-fashioned religious self-righteousness, the Republican Party is about to plummet the USA into a New Dark Age. Willfully ignorant, the Republican Party teacup people have rewritten our national history to serve their flavor of denial and impose the same-old-same-old ethnic / religious intolerance on the rest of us.

This time, unfortunately, a few teacupers are congressionally empowered. Brash, loud and with nothing personally invested, they are readily squandering our national, hard-won freedoms to remove one black man from office and force the rest of us to bend to their religious dogma.

Only a few years ago, my father’s Army unit fought from Normandy to Germany in continuous combat. By December, 1944, they were freezing in summer uniforms as they helped relieve our surrounded troops at Bastogne. Still, those hardened combat vets were sickened when they helped “liberate” Nazi death camps.

As a child, I remember him screaming in night terrors. Only now, years later, have I begun to understand that perhaps it was more than horrendous combat that he relived each night.

Today, a significant sector of Japanese society denies the WWII atrocities took place at all. And, the same is true about the Holocaust. Likewise, the tea-cup people already have proven that they are willing to risk everything our fathers and mothers worked and fought for just to keep a black man down.

The real question is whether the rest of us are willing to surrender our souls and squander our national heritage by allowing a minority of tea-cup-stupid people to continue on the road toward total economic collapse, unemployment levels which will exceed the Great Depression, and a home foreclosure rate never seen before in the United States. I hope not. The price paid in blood by our fathers and mothers is just too high to stand by and allow that to happen.

There are at least two bright spots. 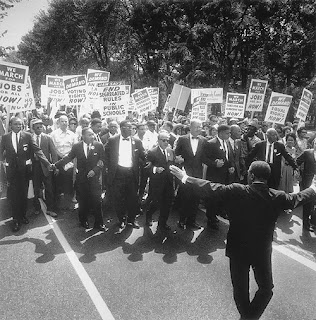 First, a while ago, before the tea-cup-stupid people started dumbing-down America, Congress was close to adopting a bipartisan reform that would have enabled millions of immigrants stranded by the failed immigration system to become legal. And, despite the dictates of the Republican Party leadership, a few Republican representatives and senators found the courage to work for the good of the nation. Second, earlier this year, the National Commission on Fiscal Responsibility and Reform (Simpson-Bowles) came up with a bipartisan start on a real solution to our current economic mess.

My point is that there is reason to hope when our elected people actually work for the good of the people instead of their own personal benefit. We must make Congress pull their combined heads out of their rear ends and resolve our nation’s problems. Now.

As it was in 1963 for the Civil Rights Freedom Fighters, our last hope may be one final, massive march on Washington to demand that Congress pay attention to job creation; adopt a housing plan that brings relief for what’s left of the middle class by bringing mortgages into line with depressed housing values; end outrageous, criminal foreclosures; and put the white collar criminal “brokers” in jail for stealing the nation’s wealth.
Posted by Ron Baker at 7:41:00 AM No comments: