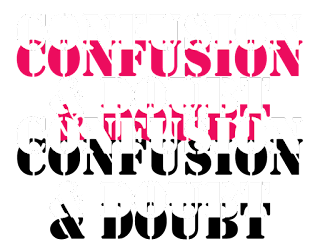 We live in a world of scams and fraud. For instance, every day I receive phone calls and internet messages from a variety of scammers. They range from unrelenting phone calls to, “drop your Medicare Plan for a privately-operated Medicare Advantage Plan to “here’s your invoice for your (unordered) Amazon shipment.”

No one pays for something he/she didn’t order. And, Medicare has no cap for health care chargers and will not abandon subscribers when ill, while the Advantage Plans are known for declaring services, ‘medically unnecessary’ and dropping subscribers when seriously ill.

Of course, these are just examples of common, everyday type scams.

The hard to ferret-out scams are those operated by corporations, organizations, political parties and churches, to name a few categories where fraudsters live. These organizations not only cloak their scams similarly to the proverbial “wolf in sheep’s clothing” but execute their scams by “deliberately planting and spreading disinformation and creating doubt.” They take advantage of the fact that, “When people do not understand a concept or fact, they are prey for special interest groups who work hard to create confusion and doubt.”

Agnotology is the name of the study of deliberate propagation of ignorance and willful acts to spread confusion and deceit, usually to sell a product or win favor. The term, agnotology, was coined by Dr. Robert Neel Proctor, American historian of science and Professor of the History of Science at Stanford University. It is derived from, “agnosis”, the neoclassical Greek word for ignorance or ‘not knowing’, and “ontology”, the branch of metaphysics which deals with the nature of being.”

Two recent examples of corporations using doubt-sowing / confusion campaigns come to mind. First, for years the international tobacco corporations deliberately planted and spread disinformation and created doubt to obfuscate the fact that researchers had repeatedly confirmed that smoking dramatically increased smoker’s chances of getting lung cancer and a host of other diseases.

“In 1998, 52 state and territory attorneys general signed the Master Settlement Agreement (MSA) with the four largest tobacco companies in the U.S. to settle dozens of state lawsuits brought to recover billions of dollars in health care costs associated with treating smoking-related illnesses. Eventually, more than 45 tobacco companies settled with the Settling States under the MSA.”

Second, using the same disinformation and doubt tactics as the tobacco industry, the sugar, processed foods and beverage industries have tried and are still actively trying to create doubt in the general public mind about sugar consumption’s role in plethora of metabolic diseases, among them: diabetes, hypertension, heart disease, cancer, and dementia.

Since class action lawsuits are underway, it remains to be seen when sugar corporations and co-conspirators within the processed food and beverage industries, will be forced to conclude similar settlements as the tobacco people did so that Medicare, insurance companies, and the states can recover billions of dollars in health care costs.

Please see Dr. Lustig’s website for a clear understanding of the battle for your health. https://robertlustig.com/

Finally, perhaps the doubt-sowing and confusion dealing master of our time is Mr. Donald Trump. He is clearly in a category of his own. https://theconversation.com/scientists-have-a-word-for-studying-the-post-truth-world-agnotology-71542

Only time will tell if he skates into eternity or is finally brought to justice. During his four years as president, Mr, Trump is credited with telling at least 30573 lies. That’s according to the Washington Post. For more current list of a few more, as called by his own people, see: 10 Trump election lies his own officials called false.

In sum, given how pervasive “doubt is our product” scams are today and how attractive and easy to propagate “blame the victim” misdirection tactics are to create by the fraudsters, it’s a good to know that the science of Agnotology is now there to document the whole phenomenon for generations to come.

The man who studies the spread of ignorance, By Georgina Kenyon, 6th Jan 2016.
https://www.bbc.com/future/article/20160105-the-man-who-studies-the-spread-of-ignorance