Williams wrote: "All told, about 16,200 of Detroit’s 680,000 residents — almost 2.4% — are believed to be living on the streets or in temporary shelters — and that doesn’t account for other types of homelessness, such as teens going from friend to friend and families living in motels."

I know Detroit is blessed with several church groups, nonprofit organizations and community shelters which are trying to help our people. Still, it is December. The resources are always scarce at this time of year while the needs are always growing. 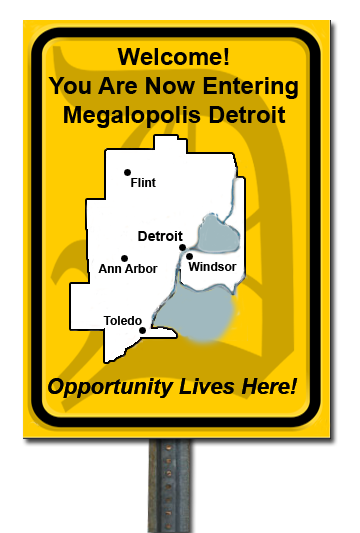 Most U. S. cities have similar challenges. But many have chosen different solutions.


For the most part, Detroiters are trying to do what is right by helping each other. The people of Detroit have not written laws to force our homeless out of sight and out of town. Detroit police officers are not beating the tent people, tearing down their tents and shelters, taking their meager belongings, or putting them in jail.

Perhaps it's because Detroiters know what foreclosure really means and the terrible toll that unemployment extracts from humane beings — people with souls – or the paralyzing wounds wrought by endless PTSD nightmares.

For many Detroiters, Depression.2 has endured for more than 10 years and the cold days of winter are still ahead.

But maybe, just maybe, if we can just help each other a little more, we will live to witness spring's promise and the warmth of summer one more time.

Great things are ahead for Detroit.

I know, because Detroiters are humane beings who really do care about their own.
Posted by Ron Baker at 7:45:00 AM No comments:

Time for a Draft... of a Different Kind


It is time to change our political paradigm.

It will require a Constitutional Amendment, but here is an idea:

Adopt a law which requires that all citizens must complete a two-year tour of public service.

Selective Service could be given the role of administering the program and creating a "pool" of "qualified" potential draftees.

One service, an alternative to the military or the Peace Corps, could be as an elected representative to the House of Representatives or the Senate on the state, federal or local, county levels as a council person or mayor.

Youthful representatives, without a doubt, will be idealistic in performance of their duties but perhaps less corrupted by big money and special interests as our current representatives are today.

Additionally, or alternatively, we could "draft" older people into public service for the same two-year tour of duty.

For me, that's a "draft " that might free our system from the control of the .1%. It's worth a shot don't you agree?

What are your thoughts?
Posted by Ron Baker at 1:20:00 PM No comments:

Dear. Sen Warren,
Please use your power on the Senate Banking Committee to stop the CRomnibus (omnibus) government funding bill until the "special privileges for special interests sections", i.e. Wall Street bailout and .1% donor sections, are removed. This is a good time to begin to change the political paradigm and make our first stand for the people of the United States.


Senator Elizabeth Warren spoke on the floor of the Senate on 12 Dec 2014 about the provision that Citigroup added to the CRomnibus budget package.