Dad Spoke With Me Last Night 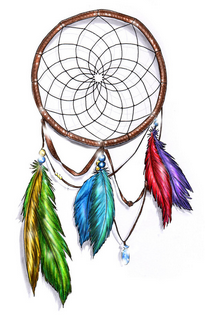 Last night I woke form a deep sleep. As I opened my eyes I caught the Native American Dream Catcher on the wall next to the bed.

You know, that thing really works!
I remembered my Dream.

I remembered receiving a document from my father. As he handed it to me, he said, “Ron, you’ll know what to do with this.”

This morning as I write this article I remember that it was a legal document, a contract. Contrary to most contracts this one was not complicated. Nor, was it written in “legalize”, in small type, and pages long.

No, this contract was simple, direct and “enforceable”.

The contract read: “Those who benefit are required to pay all costs involved and compensate every injured person.”

Below that sentence a bunch of wars and their costs in dollars were listed:

My dream told me to Follow the Money and see to it that those who benefited from the past wars pay the financial costs back to the American People - individually.

Moreover, the dream told me that an additional $55 trillion was owed by Beneficiary American Corporations and Financial Entities, including international banks, and payable in just compensation for the personal loss of property, loss of life, loss of limb, hardships endured and loss of income of all those millions of people who were killed, tortured, displaced, injured in any way or who suffered the loss of a relative during the past wars.

Interesting, I thought. That's $67 trillion to be distributed to the American People.
So, that‘s how Real Free Market American Capitalism is supposed to work. 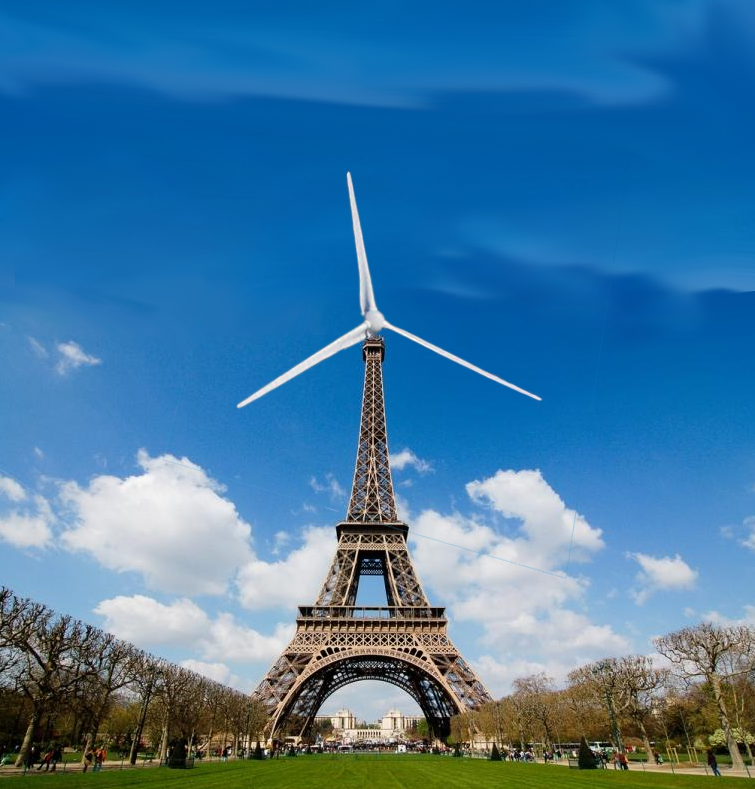 Just having some fun this morning...

Why to go France, City of Paris and Eiffel Tower!

Here's the rest of the real story:

One of the world’s most renowned architectural icons, France’s Eiffel Tower, is now generating its own renewable energy, after the addition to the monument of two on-site, vertical axis wind turbines and a small solar array.

The turbines – located above the Tower’s second level – were installed by Urban Green Energy International (UGE) as part of a renovation and upgrade to the first floor, and will produce 10,000kWh of electricity a year; enough to cater for the commercial energy needs of the newly revamped tourist attraction.
UGE says it designed and painted the wind energy system to match the tower, and to top off a series of other efficiency upgrades the Tower has undergone as as part of the City of Paris Climate Plan.

Continue to the Reneweconomy site or download a PDF version here.