Teens Get Day in Court to Make Government Work


I can think of a bunch of reasons to sue the federal and state governments for ignoring public safety and health. Among them are: crumbling roads and bridges; abandoned and polluted industrial properties; sewer overflows; coal-fired power plants; and nuclear power plants. Government inaction in each of these cases has resulted in serious accidents and public health disasters.

Adults either lack the courage, or more likely, have simply given up when it comes to taking on the federal or state overlords for ignoring public health and welfare responsibilities. But, every so often, teens are willing to step up to the plate and show adults a thing or two.

That’s the case in Oregon.

Two teenagers filed their lawsuit “seeking a court ruling that would force state lawmakers to work harder on a plan to reduce carbon emissions and help stave off climate change”. Their suite is based upon the “public trust doctrine” – “which holds that state governments keep the natural resources of a state in trust for current and future residents”.

"A Lane County judge on Tuesday heard arguments in a potentially precedent-setting case brought by two Eugene (Oregon) teenagers seeking a court ruling that would force state lawmakers to work harder on a plan to reduce carbon emissions and help stave off climate change."

"One of the two plaintiffs, 19-year-old Kelsey Juliana, sat between her two attorneys during a two-hour hearing before Lane County Circuit Judge Karsten Rasmussen, who will issue a written ruling in the coming weeks. The teens’ lawyers want Rasmussen to rule that the atmosphere is a resource that state officials have a duty to protect on behalf of the public."

"Juliana and her co-plaintiff, 14-year-old Olivia Chernaik, filed suit in 2011, when they were 15 and 11 years old, respectively. Rasmussen dismissed the case in 2012 — ­saying at the time that he was being asked to do a job that should fall to the Legislature and the governor."

"But the matter bounced back to Rasmussen after the Oregon Court of Appeals ruled last year that he does have jurisdiction to consider the lawsuit’s merits."

Similar action is underway in other nations. Go here for the story in Holland:
In Landmark Case, Dutch Citizens Sue Their Government Over Failure To Act On Climate Change, Natasha Geiling, 14 Apr 2015, Thinkprogress.

Vancouver is the latest city to take charge of its future.

Not waiting for the federal government to do something positive, Vancouver’s city council voted to go 100% renewable. Vancouver's decision is the latest signpost along the path toward a positive future for people.

“The Canadian city of Vancouver in British Columbia recently became the first city in the country to aim for 100% renewable energy in the electricity sector — following on a unanimous decision/vote by the City Council there.”

“That vote — which took place on Wednesday, March 26 — explicitly makes it clear that the city’s leaders are in favor of eventually getting all of the city’s electricity needs met via renewable energy generation.”

Please go here for the rest of the story: City of Vancouver votes to go 100% renewable, James Ayre, CleanTechnica, 13 Apr 2015.

Consider for a moment that another form of government follows a different path than we do to achieve their economic success; that there is a lesson or two for us to learn by studying the system; and that we could improve ours by melding the best of their system's attributes with ours. Please take a look at this Ted Talk, in which, “…political scientist Eric Li makes a compelling case for the system of ‘meritocracy’ that has been quite successful in China.” 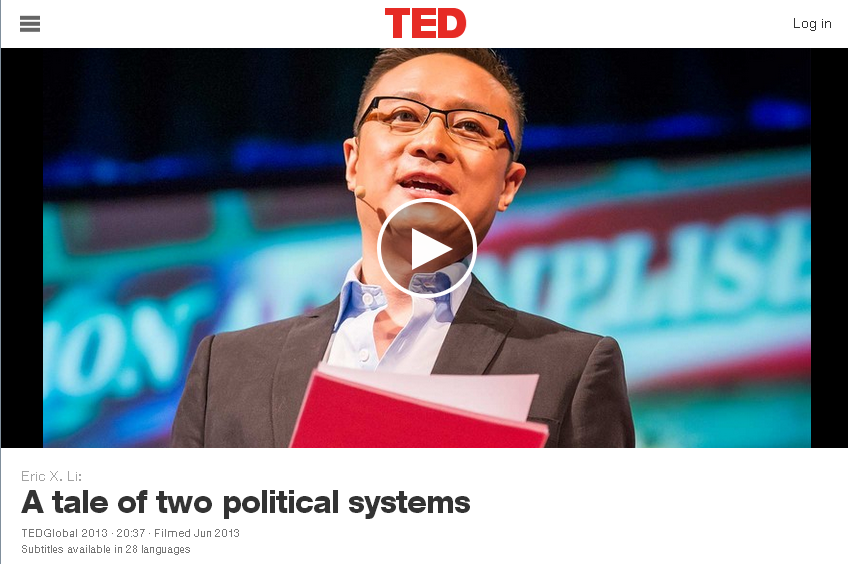 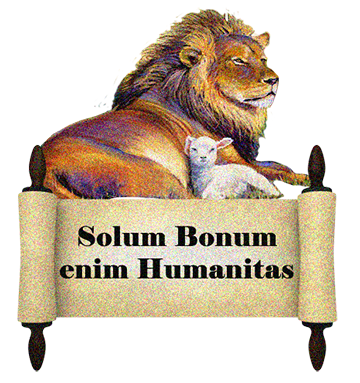 Here are two stories about real modern-day, counterculture heroes. They deserve to have their stories told a bazillion times and we need to honor them as well as others who have given of themselves.

Matt Wage
“Matt Wage was a brilliant, earnest student at , a star of the classroom and a deep thinker about his own ethical obligations to the world. His senior thesis won a prize as the year’s best in the philosophy department, and he was accepted for postgraduate study at .”

“Instead, after graduation in 2012, he took a job at an arbitrage trading firm on Wall Street.”

“You might think that his professor, Peter Singer, the moral philosopher, would disown him as a sellout. Instead, Singer holds him up as a model.”

“That’s because Wage reasoned that if he took a high-paying job in finance, he could contribute more to charity. Sure enough, he says that in 2013 he donated more than $100,000, roughly half his pretax income.”

Go here for more of Wage’s story, “The Trader who donateshalf his pay”, Nicholas Kristof, The NewYork Times, 4 Apr 2015. “The Huizenga Group (Grand Rapids, MI) chairman gave out nearly $6 million in bonuses to more than 575 workers in his two factories. It was his way of thanking the employees for helping grow the company, which now earns about $170 million in annual sales, according to CBS News.” 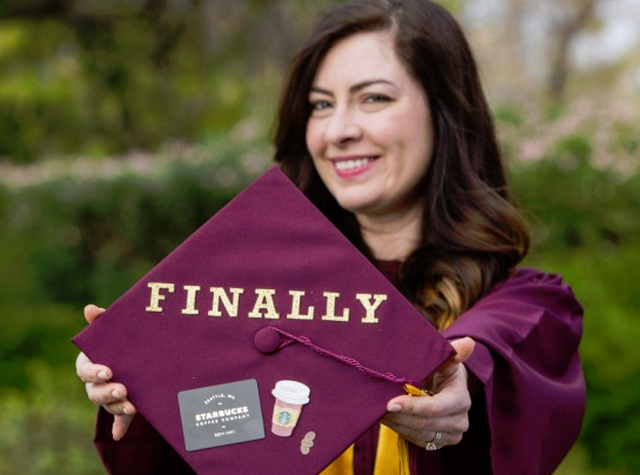 I’ve discovered another reason for liking Starbucks Coffee…Starbuck’s decision to reward their employees with a four year college degree.

Recently, Starbucks announced: “it was doubling its free college tuition plan for employees to cover a full four years of college instead of two”; and that it will “offer employees faster tuition reimbursement — after every semester instead of after completing 21 class credits."

Now, at least for me, with this announcement, Starbucks not only has scored an outstanding marketing and media relations tactical move, but has turned the spotlight on itself for showing what American Capitalism should be. Not only is Starbucks a financially successful business, it’s also making an intelligent employee relations move which, without a doubt, will pay handsome dividends as happy customers keep coming back to purchase more because they are greeted by happy employees.

Starbucks CEO Howard Schultz, said. "We're stronger as a nation when everyone is afforded a pathway to success."

Treat your people right and they will treat your customers right, too. It’s smart business. Here’s to Starbucks and here’s a prayer that the rest of corporate world follows Starbucks’ lead.