At the request of a couple of citizens, I've caved in and created a representation of how the Grosse Ile Community Communications Center, at the intersection of Grosse Ile Parkway and West Jefferson, might look in operation...

I hate those ugly roadside billboards. Don’t you?

Take for instance those at the intersection of Grosse Ile Parkway and West Jefferson. They look particularly ugly to me. 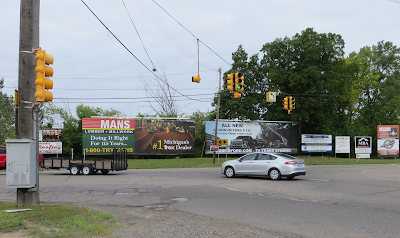 Not only are they an ancient advertising tool out of the 1950s, they are often poorly designed and seldom changed. That represents a problem because I often spend a great deal of time waiting for the turn signal to change in my favor or for the “free” bridge to allow traffic to pass. 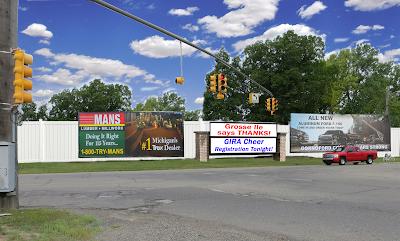 There is an alternative. Tear them down and landscape the area! That’s my first choice.

But, knowing that the signs represent easy revenue for the owner, I propose an alternative… replace the dinosaurs with new technology… digital displays. The owner’s revenue stream will be greatly increased by rotating the ads and a new medium…community outreach messaging … will be greatly appreciated by the travelin’ public.

What are your thoughts?

Eaton Corp moved me to Detroit back in the late 70s.

I admit it. I was not impressed with Detroit back then. My experiences in Detroit were not favorable and I really didn’t want to leave my newly purchased home in Medina, OH.

Needless to say, I had several second thoughts about moving to Metro Detroit.

But, once we were relocated into a nice home in Farmington Hills and my new job began to dominate my life, I adjusted.

Today, nearly 37 years later, I am a confirmed Michigander and an avid Detroit booster, too.

Still, there is one disturbing eyesore issue that bugs me. No, it's not foreclosed homes, nor empty stores. We have made tremendous progress toward rebirthing those.

I hate those massive transmission towers and seriously archaic, ugly power wires which loom menacingly throughout the Metro area. They not only look bad, they are also dangerous and terribly inefficient.

It’s time we eliminated them in favor of distributed, renewable energy, like rooftop solar.

“You must be nuts,” one or two detractors might say. 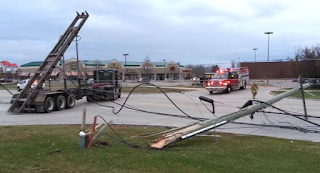 But give it a little thought. Just like digital cameras have replaced film cameras, renewable energy is replacing centralized electrical power generation throughout the world. It is happening because rapid technological advances in solar and wind generated electricity are now making it cheaper than power purchased from the old fashion grid.

That means we are about to live through another paradigm change which will force the utility companies to come to grips with a new business model or fold their tents and go the way of the dial phones, typewriters and once ubiquitous fax machines. 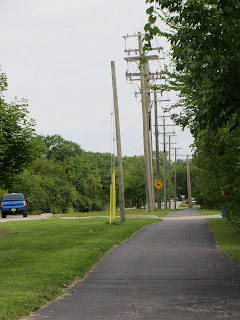 “Ever heard of the expression “grid parity”? It’s the term coined to describe the point when electricity generated from rooftop solar panels is cheaper than power purchased from the grid,” explained Giles Parkinson, editor of RenewEconomy, in the recent article, Why ‘God parity’ will be the end of centrailised generation.

“Grid parity is seen to be highly disruptive because of the changes it causes to the energy industry, and the sudden empowerment of customers who are no longer just consumers, but pro-sumers. They don’t just have parity with the grid, but increasingly parity with the power companies themselves.” 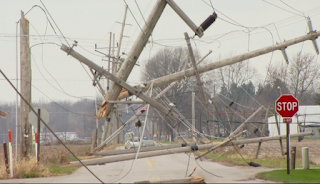 “It turns out that grid parity may be the least of the problems facing utilities. Now we have “god parity” – when the cost of electricity generation falls below that of the cost of the network. As we noted in our piece for The Guardian last year, and for RenewEconomy, it means that even if the cost of coal-fired, gas-fired or nuclear generation (or, for that matter, utility-scale solar or wind) were free, it would be too expensive to compete with solar.”

As for those ugly, ancient, inefficient, electromagnetic-fields-emitting, dangerous power lines… they will soon disappear.

Why ‘God parity’ will be the end of centralised generation, Giles Parkinson, RenewEconomy, 19 August 2015.
Posted by Ron Baker at 3:49:00 PM No comments:

Go here for LIFE... for your loved ones and for yourself... live healthy for a few more years.