TruthTeller, the Washington Post, Knight-News-Prototype-grant-funded service, which lets you know that you have just been fed a bunch of b.s. from some politician, could accidentally become the tool which saves American Predatory Capitalism from itself.

Given the nature of our culture and all the garbage which floats about in a gazillion commercials plus sales material of all kinds, masquerading for fact, a future “app” built upon this prototype, portends great things for our version of “Buyer Beware” Capitalism.

On the good side, it could, at some future date, serve as a consumer’s personal firewall. Further, it could also help our elected officials stay the path and collect an honest paycheck by serving the public interest. Best of all (hopefully very soon) it could help protect us (naïve consumers) from the barrage of false advertising, public relations and general b.s. foisted upon us every second of every day by the Madison Ave. crowd.

That blinding blizzard of b.s., which Americans accept as “the norm”, would suddenly be subject to “fact check”. What a life changing, wonderful tool!


Bear with me for a second.
Just think, one day you will walk into a grocery store, scan a product label with your smartphone and then hear an alarm go off telling you the “product” in your hand contains enough “whatevers” to instantly kill an elephant. How novel that would be!

Since our government has continuously failed to defend us citizens from the bevy of straight out life-threatening products, I look forward to the day when I am personally empowered to wield my own “firewall” against the evil tide which inundates us all.

Product makers and the “cut-a-deal-with-the-devil” selling machines which run our culture would be forced to sell truth, lest they be instantly exposed as lie-telling scumbags. Repercussions would be instantaneous because TODAY, we have social media which would instantly help make it known just who are and are not scumbags — that is, among friends — of course.

Brandishing the future TruthTelling app, I can see empowered consumers all over the place, unmasking attorneys, service providers, bankers, healthcare providers, etc. The list is endless and the resulting high quality services will be the best in the history of mankind!

The emerging new capitalistic society could rightfully proclaim: “Buyer Protected” rather than “Buyer Beware”. U.S capitalism cured and saved through technological advancement. Just in the nick of time!

Peter Dreier's outstanding article touches on the multitude of reasons how and why Eleanor Roosevelt lived her life in service to humanity. Without her intelligence, dedication and perseverance, the people of the … the 99%ers… would still be wearing the shackles of Robber Baron slavery and begging for a slice of moldy bread.

Eleanor: The Radical Roosevelt by Peter Dreier — YES! Magazine
Posted by Ron Baker at 1:39:00 AM No comments: 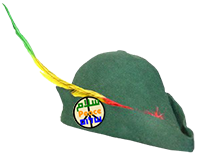 On 22 Jan 2013, 23 of 27 European Union nations agreed that 11 European countries – including the biggest economies and – can set up a Robin Hood Tax (financial transaction tax) to make the banks pay back the public for the financial crisis they created. The was the only big economy to abstain.

Obviously, the proof will be seen in the days ahead as to if the funds are raised and importantly, how they are used. Next, we need a Robin Hood tax passed in the and the .

Speaking of the , Robin Hooders lined the corridors of the Senate prior to JPMorgan Chase chairman, president and chief executive officer, Jamie Dimon’s “contrite” testimony. He was rerouted through a “back” door so as not to confront the Robin Hood contingent. Since his Senate testimony, JPMorgan Chase announced that Dimon’s annual compensation would be reduced from $23 million to $11.5 million due to an embarrassing trading loss at the bank last year, which eventually reached $6 billion.

Please checkout this video campaign and help the USA join with the rest of the western world in Sherwood Forest!