After all these years, I still hate going to the dentist.

Since I was little, going to the dentist meant major pain.

But, today, there is hope. Not about less pain, but about a new way to fix tooth enamel other than to drill out the old stuff and fill in the new repair.

Scientists may have found a way to grow new tooth enamel.

Someday I might muster the courage to go to the dentist again.

Scientists say they have finally cracked the problem of repairing tooth enamel.

Though enamel is the hardest tissue in the body, it cannot self-repair. Now scientists have discovered a method by which its complex structure can be reproduced and the enamel essentially “grown” back.

The team behind the research say the materials are cheap and can be prepared on a large scale. “After intensive discussion with dentists, we believe that this new method can be widely used in future,” said Dr Zhaoming Liu, co-author of the research from Zhejiang University in China.

Tooth decay is extremely common: according to 2016 figures about 2.4 billion people worldwide live with caries in permanent teeth, while 486 million children have decay in their milk teeth.


I’m not a religious fundamentalist. I’ll point that out right from the get-go.

Still, each day I become more perplexed as to why most Christian fundamentalist people have yet to raise the obvious regarding Mr. Trump.

Many have him on a level akin to Jesus Christ, if not God herself. Few, to my knowledge, have tied him to another Biblical personage – the Antichrist.

Sadly, in my eyes, Mr. Trump seems to precisely fit the Antichrist role rather than the others.

"Trump does fit several of the criteria attached to popular perceptions of the Antichrist. Many earnest sources of apocalyptic speculation, including the best-selling Left Behind series by the late Tim LaHaye and Jerry B. Jenkins, imagine the Antichrist as a truly modern figure. Although the wildly popular 17-book series, which was published between 1995 and 2007 and has sold over 65 million copies, is fictional, the vision embraced by LaHaye and Jenkins portrays the coming apocalypse as an event where non-believers are forced to reckon with the damage wrought by the Antichrist. Here, the Antichrist is a worldly, charismatic man, often of Eastern European and Jewish heritage, who embraces modern technology and institutions for his own sinister ends. This interpretation, which is common among a large subset of American Evangelicals, believes the Antichrist’s reign — a period known as the “tribulation” — will follow the rapture of true followers of Christ."

"It’s easy to extrapolate this to Trump. He’s vainglorious, charismatic (at least in the eyes of some Americans), and obsessed with wealth. Kushner Companies, a real estate company jointly owned by Jared Kushner, Trump’s son-in-law, is headquartered at 666 5th Ave. Trump, while not Eastern European himself, has a proclivity for Eastern European women and promises better relations with Russia, a country that figures prominently in 20th and 21st century apocalyptic tales. And while Trump says that his favorite book is the Bible, he did once note that he’s “not sure” as to whether he’s asked God for forgiveness of his sins."

Perhaps it time for Mr. Trump to ask for forgiveness.

We all should pray for a miracle, too. In the meantime, Mr. Trump seems hell-bent to remake the USA in his image.

“There’d be no trigger at all if we didn’t have the gun,” says Dayton Mayor Nan Whaley on President Trump's comment that "mental illness and hatred pulls the trigger, not the gun." https://t.co/dKPppPX9MZ pic.twitter.com/pzaHTNG7av
— CNN (@CNN) August 5, 2019

We are all one... Black, White, Asian, Native American, Hispanic... all ethnicities, nationalities, female, male, and combinations thereof.

We are human beings struggling to live an "American Dream" life. We are all "in pursuit of happiness."

Not one person deserves to be murdered or wounded while simply living. We are all the same, Mr. Trump. No matter who or what or where we live.

Please, be the leader you promised you'd be.

Nan Whaley, Dayton's mayor, said it jokingly. But she said it right. Yes, "All Ohio cities look alike". That's because we are. We are all alike. We are one and the same.
Posted by Ron Baker at 5:55:00 AM No comments: 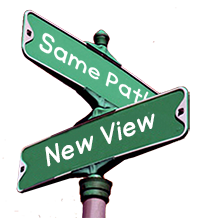 Please take a moment to listen what it means to be a successful country and society... and work together to make it so. Here's First Minister of Scotland Nicola Sturgeon to show the way to a new path for our world.


In 2018, Scotland, Iceland and New Zealand established the network of Wellbeing Economy Governments to challenge the acceptance of GDP as the ultimate measure of a country's success. In this visionary talk, First Minister of Scotland Nicola Sturgeon explains the far-reaching implications of a "well-being economy" -- which places factors like equal pay, childcare, mental health and access to green space at its heart -- and shows how this new focus could help build resolve to confront global challenges. 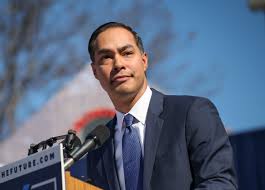 When it comes to people fleeing persecution at home or seeking asylum / refugee protection... or those simply seeking a better life in the United States, Julián Castro, former mayor of San Antonio and former U.S. Housing and Urban Development secretary under former President Barack Obama, has the answer we must implement...

.@JulianCastro: "I'm disappointed that some folks, including some folks on this stage have taken the bait" on the way the immigration debate is framed. Calls again to repeal Section 135, which allows for family detention #DemDebate https://t.co/CAzVpm0aDM #EndFamilySeparation pic.twitter.com/OdDPDZWI5r
— HUMORLESS QUEERS (@HumorlessQueers) August 1, 2019