Aryans – Another Lie Too Big to Fail 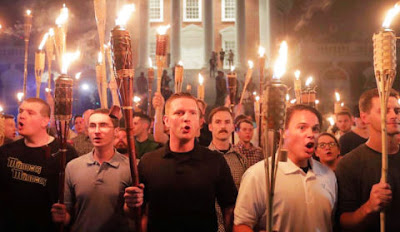 The Aryan Supremacy Myth or white male racial superiority may very well be the reason the American Dream fails in the United States itself, to say nothing of failure throughout the world.

Certainly, its modern-day advocates, in the form of the current Trump administration, are responsible for shredding 300 years of life-affirming American social progress, plus reducing the U.S. presidency into a “has-been” world leadership role. Needless-to-say, most leaders throughout the world hold a less than favorable view of President Trump’s leadership strengths, with the sole exception, perhaps, of Mr. Putin.

Mr. Trump does not embody, let alone project, America’s greatest values, among them our “culture and civic liberties”.

The idea of Aryan supremacy which became the foundation of sand, born out of the 1800s and used justify the most heinous crimes of the 20th Century, bolster the “American exceptionalism” ideology, sustain the British hegemony of India, and the touchstone of the pre-WWII Nazi movement, as well as the current neo-Nazi in the USA, is in fact based upon a misunderstanding and misapplication of the word ‘Aryan’.

Mistranslated from the Rig Veta, which in its written form was compiled in ancient Sanskrit, the word ‘Aryas’, actually means ‘noble’ or ‘cultured’ and does not refer to a “race” of invaders who supposedly not only vanquished, destroyed and conquered the people of northern India, but also brought enlightenment and culture to ancient Indian civilizations in the form of the largest historical body of works, the Vedas.

Fortunately, understanding and discovery, if allowed to see the light of day, has a way of challenging and eventually dismantling false theories.

In this case, the discovery and excavation of the Indus valley sites of Harappa and Mohenjodaro during the 1920s and 1930s and subsequent exploration of the sites, and others, has led to a certain academic epiphany.

By the 1990s, historians began to realize that Harappa and Mohenjodaro were, “…sophisticated, centrally planned cities… much older than the supposed 1500 BC date for the Aryan invasion of India and that they belonged to a previously unidentified high civilization of remote antiquity, perhaps almost as old, it was speculated, as Sumer or Egypt – in other words, dating back to 3000 BC or earlier.”

Gregory Possehl, Professor of Anthropology, University of Pennsylvania, and author of numerous academic articles and books, including, Indus Age: The Beginnings, explains:
“This had to do with the Aryan race, proposed to be the people who spoke the languages of the Indo-European family. European intellectual and moral superiority was a foregone conclusion to most savants of the nineteenth and early twentieth century. The success of European colonialism, Christianity and the Industrial Revolution proved that. This condition of innate superiority was seen in the Classical Greeks and to have been carried forward by Rome. With the discovery of the Indo-European family of languages there was evidence for an even earlier history, one set within a prehistoric past that only archaeology could uncover. The Aryans, or Indo-Europeans, must have been blessed with this ‘superiority’ since they too were successful conquerors of vast lands, from the Bay of Bengal to the outer islands of Scandinavia and the United Kingdom.”

“In the end there is no reason to believe today that there ever was an Aryan race that spoke Indo-European languages and was possessed of a coherent or well-defined set of Aryan or Indo-European cultural features.”

Due to underwater exploration and sophisticated computer modeling of the ocean levels during the various ice age meltdowns, we now know even more… some researchers share the opinion that the Indus Valley civilization actually predates the last ice age.

And, there is much more…

"This should help settle the issue as far as its modern misuse is concerned. As far as ancient India is concerned, one may safely say that the word Arya denoted certain spiritual and humanistic values that defined her civilization. The entire Aryan civilization - the civilization of Vedic India - was driven and sustained by these values. The whole of ancient Indian literature: from the Vedas, the Brahmanas to the Puranas to the epics like the Mahabharata and the Ramayanacan be seen as a record of the struggles of an ancient people to live up to the ideals defined by these values. Anyone regardless of birth, race or national origin could become Aryan by following this code of conduct. It was not something to be imposed upon others by the sword or by proselytization. Viewed in this light, the whole notion of any 'Aryan invasion' is an absurdity. It is like talking about an 'invasion of scientific thinking'."

Take that, you wall-building, xenophobic Trumpists and neo-Nazis!

The Aryan superiority, white male superior thing, is based on a big bottomless swamp. But then, we just somehow knew that, didn’t we? It’s just another lie too big to fail.