Pray for Our World… for an Epiphany… Like Saul’s on the Way to Damascus.

If He Walked with Us Today

In a few days we celebrate the birth of Jesus and the promise of forgiveness of our wrongs as well as a new life in His way.

I believe it would be so. It is our duty to help each other.

As a nation and as individuals why are we not following His path this very moment?
Posted by Ron Baker at 9:32:00 AM No comments:

Email ThisBlogThis!Share to TwitterShare to FacebookShare to Pinterest
Labels: help each other, Jesus, Making a Difference Now

Private Sector Waking Up to Future


Although the investors of this San Mateo, Calif. solar photovoltaic project have been slowed down by a "republican-beaten" U.S. Energy Department, they have found private sector funding to the tune of over $1 Billion.

That's not surprising to me because it's about time good ole U.S. capitalism woke up to the money making potential of solar energy as well as other "green" energy sources. After all, the technology is now in hand and the numbers favor new green energy.

It is interesting that SolarCity, the developer, plans to build "privatized U.S. military housing communities nationwide," up to 120,000 housing units. 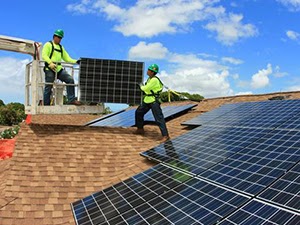 Changing our nation's reliance on carbon-based fuels has proven to be a seriously difficult process with many roadblocks. Many, many paychecks are tied to the old systems, such as coal-fired power plants.

Back in the late 1940s President Harry Truman ordered the U.S. military to integrate. That was a major step toward the launching what later became the Civil Rights movement of the 1960s. I hope following in Mr. Truman's footsteps, using the military to bring about change,  will help ignite a reborn "green power revolution."

Either way, this investment overcomes a big hurdle.


Robin Hood did have a good idea, didn't he? 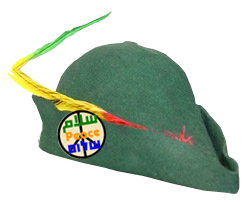 What has become known as the Robin Hood Tax, "a tiny levy on trades in the financial markets that would take money from the banks and give it to the world’s poor", is one step in the right direction toward moving the U.S. and the world economies back to the land of the living. Perhaps even the Republicans can grasp the value in adopting it and helping to move the nation back from the brink of all out rebellion of the 99ers vs. the 1 percenters and our "do nothing, let-the-people-eat-cake, Republican Congress". We can only hope that some elected officials become enlightened and make this idea come to life. Go here for the story >>> or here for the story in PDF format.
Posted by Ron Baker at 9:59:00 AM No comments: