Along with graphene ( here and here), the creation of, "what may be one of the most thermally stable materials ever discovered", by Australian researchers may change our future for the better. Interestingly, this discovery is similar to many other great findings... it was uncovered by accident. Here's the story...

"A new material could find applications in aerospace components and medical implants."

"Australian researchers have created what may be one of the most thermally stable materials ever discovered. This new zero thermal expansion (ZTE) material made of scandium, aluminum, tungsten and oxygen did not change in volume at temperatures ranging from 4 to 1400 Kelvin (-269 to 1126 °C, -452 to 2059 °F)."

"That's a wider range of temperatures, say scientists from the University of New South Wales (UNSW), than any other material demonstrated to date, and it could make orthorhombic Sc1.5Al0.5W3O12 (catchy name, eh?) a very handy tool for anyone engineering something that needs to work in extremely varied thermal environments."

"Examples of where this might come in handy include things like aerospace design, where components are exposed to extreme cold in space and extreme heat at launch or on re-entry. Famously, the SR-71 Blackbird was designed to expand so much at its Mach 3.4 top speed that it would liberally drizzle fuel on the runway at ground temperatures; the fuel tanks wouldn't even fully seal until they heated up. This new material stays exactly the same volume from close to absolute zero all the way up to comfortably over the heat you'd expect to get on the wing of a hypersonic aircraft traveling at Mach 5."

A/Prof Neeraj Sharma of UNSW and Dr Helen Maynard-Casely of ANSTO explain their research on advanced materials that does not expand or contract over a wide temperature range. 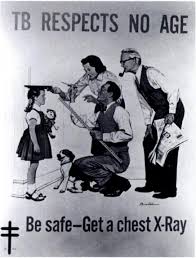 Most likely you know someone who has passed because of cancer. I do.

All forms of cancer are my sworn enemy. The discovery described below could lead to eliminating the dreaded diseases.

Oddly, for me, the anti-TB drug Bedaquiline (Sirturo) is playing the leading role.  I had TB as a child. Please see below.

"...FDA-approved drug called Sirturo, which is used to treat tuberculosis and works by targeting this process in bacteria. In vivo animal experiments showed that the drug could target the fuel supply of these ultra-fit cancer cells and selectively create a "power failure" in them, while leaving healthy cells unharmed. This blocked 85 percent of metastasis in the animal experiments."

Go here for the whole story:

"As a consequence, we conclude that the gamma-subunit of the mitochondrial ATP-synthase (ATP5F1C) is a new therapeutic target, for mitigating aggressive cancer cell behaviors, including spontaneous metastasis."

Once I had a couple of friends who could seemingly remember every detail of their childhood: toys they had… every relative… teachers… classmates… even what they wrote in kindergarten.

Oh, there are a few scraps here and there… but nothing to make a story.

One memory does poke out every once in a while. It’s more of a photo than a real memory… you know one with dialogue and people attached to it.

No, this one is only a snapshot memory.

In it I see my mother waving at us as we drive away… me in the backseat, looking out the rear window. She was standing on a balcony, a screened-in porch, waving goodbye.

Today I know that my mom was a nurse. That she somehow contacted Tuberculosis (TB) and was confined to the Springfield Lake Sanitarium, near Akron, OH, when I was a little boy. I don’t know for how long.

I do know that attached to that snapshot is a feeling of sadness and loss. Fear, actually… that I’ll never see her again.

Like other repressed memories, perhaps one day, I’ll remember more.

But, today, my mind will only let me recall that young woman, waving as we drove from the grounds. 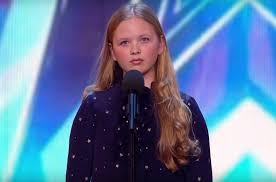 We so desperately need inspiration and we need to follow our own instincts today more than any other time in our lives.

A Young Shy Girl Walks On Stage, but within Seconds Everyone’s Jaw Hit The Floor

"12-year old Beau Dermott blows Amanda away with her impressive cover of Defying Gravity from the musical Wicked with the Judge reaching for that all-important Golden Buzzer!"

"12-year-old Beau Dermott looks sweet and innocent, but the moment she began singing the audience was floored. Hidden inside this adorable young girl is a voice so powerful that the entire room hung on her every word throughout the whole song “Defying Gravity” from the popular musical Wicked. Throughout the audience, jaws dropped, eyes popped open as wide as humanly possible, and the judges were all just waiting for the opportunity to reward her with something huge."

"Her talent at such a young age shocked everyone, but beyond that, her performance was itself flawless the way she added an extra special touch to the song. She lit up with animation and excitement, showing that singing is what she is most passionate about."

"She received the golden buzzer, and just wait until you see the excitement that follows. AMAZIN!" 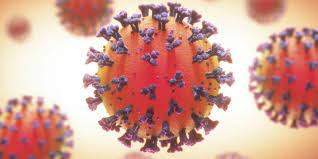 It was funded through a grant by the National Institute of Health to the Wuhan Institute of Virology lab in China and presided over by Dr. Peter Daszak, President of EcoHealth Alliance (New York, NY). He is the same Dr. Daszak who wrote the prestigious Lancet article declaring the virus was natural in origin. He was also a member of the World Health Organization commission which was tasked to go to China (members had to be acceptable to the Chinese government) and determine the origin of the COVID-19 virus.

A clear conflict of interest, don’t you agree? And a clear cover up, too.

The COVID-19 source does matter.

Literally, the future of humanity depends upon it. How many more millions will die because we have permitted “gain-of-function” or virus weaponization to continue?

I posted about "gain of function" and the origin of the virus on 10 March 2020, Why Are They Killing Us?

Please read the article. (Note: My source interview has now been banned by YouTube. So, I now cite a  BitCHUTE posting of the same interview.)