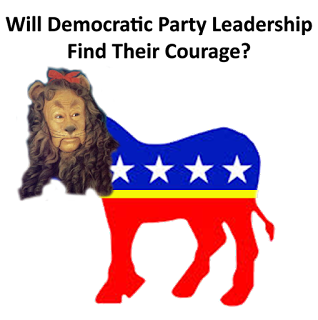 When it comes to failure to recognize change or emerging innovative ideas, the books are crammed with corporate leadership’s failure to grasp onto the coattails of impending change and make the leap forward. Management of companies like Kodak, IBM, Xerox, Sears, etc., are emblematic of failed leadership, blunders, and outright ineptness.

You may even remember some of those companies when they were powerhouse behemoths. The leadership of each made decisions that seemed logically correct to them at the time when they were on top of the heap in their respective business areas – no doubt decisions to “stay the course” selling technology, products or services that made them millions of dollars in previous years. The only problem: times changed. And, management failed to perceive that change and failed to react accordingly, to provide their companies with courageous leadership when it was required.

Lack of courageous leadership is a classic failure of management and is repeated in countless ways each day.

Lack of courage, or cowardice, can also infect political leaders.

For example, the Democratic Party leaders are clearly showing a courage deficit when it comes to Bernie Sanders as their potential candidate.

It’s sad isn’t it when leaders disregard the wishes of their own people. For instance, “Polling consistently shows that most Democrats approve of key parts of Sanders’ economic agenda, including single-payer health care, the Green New Deal, tuition-free college, student debt forgiveness, a $15 minimum wage, breaking up big banks, and paid family leave.”

“For each of those issues except single-payer health care, a more modest percentage of all Americans — but still a majority — signal their support.”

“That said, support levels among all Americans drop significantly once voters are informed about the policies’ costs.”

I, for one, am looking for an epiphany of sorts, or the proverbial “bravery pill” that the Dem leaders can swallow to help them find their spines, recognize that the nation is calling for a clear change of leadership in the White House and the U.S. Congress, get out of the way, and smooth the path for the person who will make that change happen. Additionally, it’s clearly up to the Dem leadership to find a way to secure what their people are demanding.

Trump lashes out at Fox News for new poll showing him losing to all the Democratic candidates, Aaron Rupar, vox.com, 28 Feb 2020.

Dem Leader Sanders Freak-out is Not About Politics. It's About Power, Rob Kall, opednews, 2 Mar 2020.