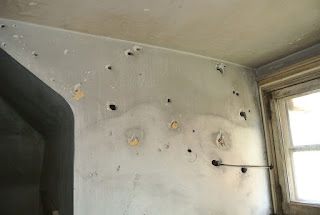 What does a drive-by gunman and Education Secretary Betsy DeVos have in common?

The creepy ability to hurt the defenseless.

Since living in the Metro Detroit area, I’ve noticed a strange fact: when a “tough guy” gun wielder drives by and discharges a fuselage of death into a home... he next-to-never manages to hit an adult. Usually, an innocent child is killed or wounded. And, the gunman gets his medal of bravery by taking a baby’s life with no fear of return fire.

Likewise, I find the DeVos deep budget cuts to Special Olympics like a drive-by shooting. She gets away with claiming budget-cutting bravery by hurting innocent Special Olympic participants while giving millions of dollars to wealthy charter schools… without worrying about taking return fire.

It’s easy peasy for a wealthy, entitled person to hurt defenseless humans… those who need all the help they can get… while securing more bucks for the wealthy.

"We had to make some difficult decisions with this budget," Ms. DeVos explained. She cut $7 billion from the department’s budget, “…eliminating billions in grants to improve student achievement by reducing class sizes and funding professional development for teachers as well as cutting funds dedicated to increasing the use of technology in schools and improving school conditions.”