Are We the Generation that Lost America? 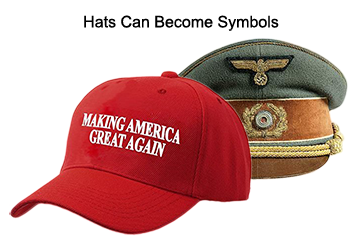 Early this morning I woke in an alternative universe where Mr. Trump was scheduled to be sworn in as President of the United States and the U.S. Congress, the Supreme Court and 50% of state governors and legislatures were controlled by the “R” people.

That sent shivers down my back… no more “democracy”… no more “checks and balances”.

Worse, according to my nightmare, President-elect Trump, although a self-professed, business-world-winner, was installing a whole bunch of people with little-to-no government experience; named people who have announced their determination to dissolve the department they are appointed to head; and was determined to appoint people whose apparent qualification is being a billionaire or multi-millionaire.

That sent shivers down my back, too… no more government of and for the people… no more “safety net”… actually, no government at all.

Worse yet, Mr. Trump had not separated from his business interests and seemed to be leveraging his soon-to-be presidential credentials in order to add more gold to his extensive collection at every opportunity.

That one sent shivers down my back, as well… an American President no different than a ruthlessly corrupt Middle Eastern dictator.

Even worse yet, Mr. Trump asked for and received help to win the presidency from our sometimes archenemy, Mr. Putin; and, Mr. Trump reportedly planned to maintain his private security cadre rather than rely on the Secret Service for protection.

That sent a gigantic shiver down my back as I recalled that two of Mr. Hitler’s private security details operated outside of the law: the SA (Sturmabteilung or Storm Detachment) a.k.a. the Brownshirts and the Reichssicherheitsdienst (Reich Security Service; RSD).

The thought, way too frightening, that our President could sell out our nation for some Russian hotel properties or golf courses, well, that one woke me as my mind flooded with thoughts about coming perils. Still, I held onto the hope that I was just watching an episode of the Twilight Zone.

Then, I remembered that the much of the nightmare is real.

How will we meet the challenges to come?
Will we, the Boomers, become known as the generation that lost America?
We will see, won’t we? We will see which type of symbol Mr. Trump's hat becomes.