How Louis XVI Will Save America Again 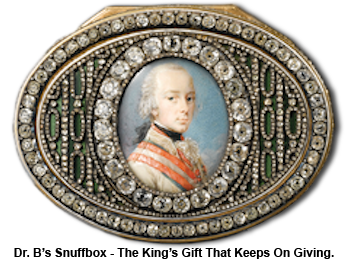 Travel with me in Mr. Peabody’s WABAC machine to visit with Louis XVI, King of France, as he gives Ben Franklin a really cool snuffbox. At the time, Ben was our ambassador to France and everybody really liked him. They called him Dr. Franklin because he was smart, witty, fun, a bon vivant and a famous scientist.

Still, that cool snuffbox caused a kerfuffle back home with the Congress people debating whether or not it was O.K. for our person in France to accept it. Did it amount to “corruption and foreign influence”? That was a big question back then. 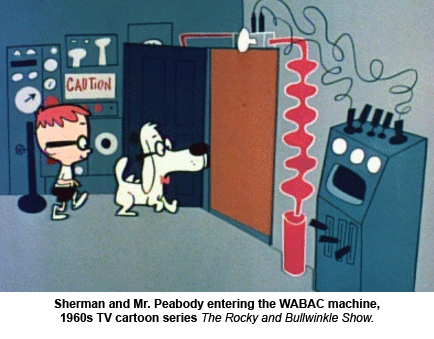 Because of that snuffbox, in 1786, Congress got around to adding what’s called the Emoluments Clause to the Constitution (Article I, Section 9) which “bars any ‘person holding any office of profit or trust under’ the United States from accepting any present, Emolument, Office, or Title, of any kind whatever, from any King, Price, or foreign state’ ‘without the consent of the Congress.’ The word ‘emolument’ comes from the Latin emolumentum, meaning profit or gain.”*

Translation: all this emolument stuff means that Mr. Trump must “clean up his act” by somehow separating himself from his web of foreign entanglements, i.e. business interests, or be in violation of the Constitution and thereby subject to impeachment.

So, no more fillin’ up your hotel rooms with foreign dignitaries, Mr. President-Elect. It looks like you really must deal yourself out of your mega-winner businesses or lose the really big prize.

Once again, we owe the people of France and Louis XVI a major Thank You for savin’ our bacon!

* Why Trump Would Almost Certainly Be Violating the Constitution If He Continues to Own His Businesses, Richard Tofel, ProPublica, 2 Dec 2016.