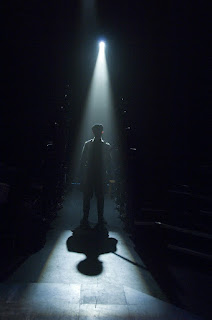 Will the real Michael Bloomberg please stand up?

A "former" Republican now running as a Democrat, Mr. Bloomberg is clearly a billionaire enigma, clothed as the potential "Democrat" savior and Trump alternative.

What would he do if he became president?

Would he resurrect the George W. Bush administration? (That might include the infamous neoliberals who gave us our current Iraq/Iran/Afghanistan debacle as well as the extensive "American Empire" we now are policing around the world. And, even worse, brought us to the "alternative facts" Trump era.

Some light on this subject comes from a recent Democracy Now interview:

"NORMAN SOLOMON: Well, Bloomberg is really, I think, a subtext. He is the oligarch-in-waiting to try to grab control of the White House. And a lot of facts just aren’t getting out there. I mean, it is just a classic of, and it is a dystopian classic of, “Can the White House be bought?” Just the onslaught of advertising, particularly on TV around the country, and he’s rising in the polls. Has he hit the ceiling? We don’t know."

"One of the bits of video that I think must be circulated to millions is on YouTube. And that is with Michael Bloomberg speaking at the 2004 Republican National Convention, vehemently expressing his support and endorsement for the re-election of George W. Bush. So, how do you go from 2004 with that kind of speech to saying in 2020 you want to be the Democratic presidential nominee? Well, that would require tremendous amnesia among people who vote in Democratic primaries. It would require forgetting about or discounting the human lives that George W. Bush destroyed and that Bloomberg helped him destroy in Iraq and, for that matter, the war at home, the class war, the racism that George W. Bush embodied through his policies. So, it comes down to: Are we going to live in this fantasy world driven by a $55 billion man, or are we going to get real about humanity and what is at stake?"

Here's the rest of the story:

Bloomberg is a billionaire Republican who terrorized black and brown youth: Sanders’ supporters


Please go here for the interview script.
Posted by Ron Baker at 8:27:00 AM