It's Presidential Treason... All Over Again* 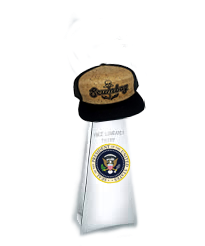 It's nearly the end of the day and Iowa Democrats - and the rest of us - still have no idea about their caucus results from Monday.

So, I decided to post one of Thom Hartmann’s most recent, and most enlightening, program segments where he discusses, “When did tyranny begin in America?”.

Importantly, presidential-level treason did not originate with Mr. Trump.

Still, although he didn’t invent tyranny, he will historically rate the “Super Bowl of Scumbags” trophy of all time for U.S. presidents.

I borrowed the "deja vu" reference from Yogi Berra. Here are some more, including my favorite:

"You’ve got to be very careful if you don’t know where you are going, because you might not get there".