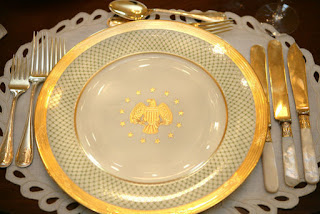 So, now we know. Mr. Trump is above the law.

By awarding himself the contract to hold the G-7 meeting next June at his Miami golf resort he will make millions of dollars.

No competitive bid. No problem. Mr. Trump makes the decision as to where the multi-million-dollar event will be held.

Yes, that breaks the law, but no one will prosecute a sitting president… ah… I mean conman/ thief. Call him what you will. Just don’t call him President of the United States.

Impeach him and convict him. Get him out of office before he steals the White House silverware, too.