There's a Lot of Pain in His Wall 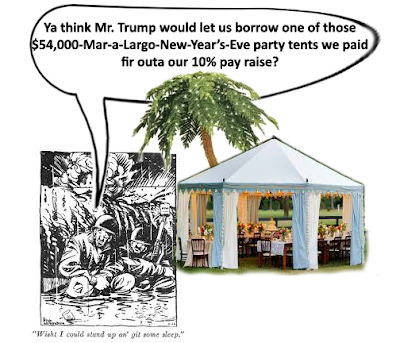 If he were alive today, Mr. Bill Mauldin, two-time Pulitzer Prize honoree, and one of the greatest editorial cartoonists of all time, might slightly alter one of his best known cartoons from his book, Up Front. He might choose to make a serious point about the man occupying the White House today.*

Mr. Trump has shut down our government hurting the most vulnerable federal employees and suppliers by taking away their weekly pay; he's hurt the American people by creating a seriously stupid gaping hole in our border security by not paying our Homeland Security people; he's put at risk countless people by taking away the weekly pay of our Coast Guard service members.

Then to top it all off, he added insult to injury using $54,000 in federal funds to pay for his Mar-a-Largo New Year's Eve party tents.

There simply is no justification for Mr. Trump's shutdown. None, that is, save for one that only a psychopath could come up with... causing needless pain for the most vulnerable of our people. And, then seemingly enjoying every second of their pain to get his way.

Oh, the cost? In a recent article, the Washington Post quotes S&P Global analysts saying, "...a shutdown would cost the economy about $6.5 billion per week.

As for those serving the people of the United States out of their sense of duty... they continue to serve their nation without pay.

*I hope you'll for give me, Mr. Mauldin. But, I think you'd agree with what I'm trying to say. 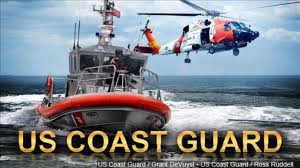