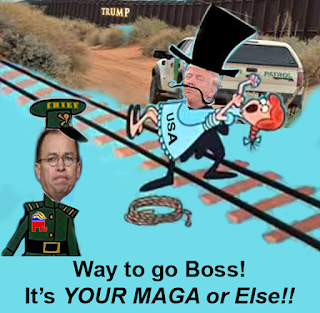 Your life and the lives of those you love depend upon it.

As President Trump threatens to shut down the federal government over border wall funding, there have been some shake-ups in the White House. Interior Secretary Ryan Zinke will resign as he faces at least 17 federal investigations into suspected ethics violations. A former fossil fuel industry lobbyist, David Bernhardt, will become the interim interior secretary. Meanwhile, Trump has tapped Mick Mulvaney to become acting chief of staff to replace Gen. John Kelly. Mulvaney already holds two posts in the administration: White House budget director and acting director of the Consumer Financial Protection Bureau. And in Texas, a federal court has declared the Affordable Care Act’s individual mandate unconstitutional, setting up a likely challenge at the Supreme Court. We are joined by longtime consumer advocate and former presidential candidate Ralph Nader. He is author of the new book “To the Ramparts: How Bush and Obama Paved the Way for the Trump Presidency, and Why It Isn’t Too Late to Reverse Course.”


“To the Ramparts”: Ralph Nader on How Bush & Obama Paved the Way for the Trump Presidency

A new book by longtime consumer advocate, corporate critic and former presidential hopeful Ralph Nader links the criminality of the Trump administration to the unchecked power of previous U.S. presidents, including Bill Clinton, George W. Bush and Barack Obama. In “To the Ramparts: How Bush and Obama Paved the Way for the Trump Presidency, and Why It Isn’t Too Late to Reverse Course,” Nader argues that the U.S. federal government is fundamentally corrupt, warmongering and owned by corporations—but he also issues a call for members of the public to hold their representatives and senators accountable, including by building local commerce watchdog groups across the country and utilizing “citizens summons” to force members of Congress to appear before residents of their districts.

Democracy Now! is an independent global news hour that airs weekdays on nearly 1,400 TV and radio stations Monday through Friday. Watch our livestream 8-9AM ET: https://democracynow.org

Now, let's do what Ralph suggests.