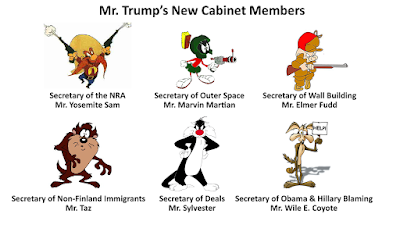 Earlier this morning, via Tweets from the Official POTUS Bed, DownriverUSA received two exclusive Twitter messages saying that POTUS has created several, startling, additions and appointments to the President’s Cabinet.

While it is not yet known where these new positions will rank, as cabinet positions do, in the order of succession to the Presidency, Mr. Trump simultaneously named both the new positions and his appointments to fill them.