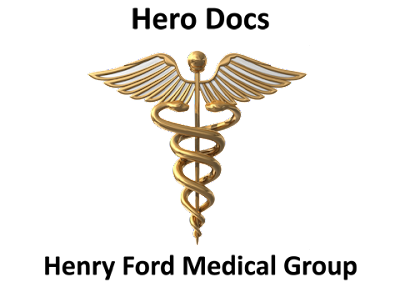 What does it take to change a society for the better? Certainly, a first step is for people to stand up and voice their demand for a better life, a safer life.

Two courageous people who made that society-changing decision to fight for their beliefs come to mind for me: Candy Lightner*, the mother who “stood up against drunk driving” and Lilly Ledbetter**, the former Goodyear employee who fought for equal pay for women. There are several others.

But, the point is that by taking a stand, you, too, can change society for the better.

The Board of Governors of the Henry Ford Medical Group (HFMG) has recently made its position clear for a “gun safety advocacy initiative which will focus on producing real change”. They are actively asking their elected government officials “to take immediate steps to promote gun safety”.

The HFMG Docs are dedicated to patient safety and have declared: “As physicians in metro Detroit, members of the Henry Ford Medical Group (HFMG) are no strangers to this American calamity. We live with this every day and recognize gun violence as a public health crisis that demands attention and action now.”

“There is nothing political about limiting the access of children and the mentally ill to firearms. There is no disagreement that we must improve the availability and quality of mental health services for both children and adults to prevent gun violence.”

“We are not afraid to speak out on this urgent public health crisis. We believe that strong gun safety laws are needed now. We also strongly believe that the congressional ban on gun violence research by our CDC be struck down. If gun-related deaths were subject to the same type of rigorous epidemiologic scrutiny as any other public health crisis, public perceptions would change overnight.”

For their stand for gun safety, the HFMG physicians are heroes.

*Candy Lightner: Stood Up Against Drunk Driving
"After her 13-year-old daughter was killed by a repeat DWI offender, Candy Lightner founded Mothers Against Drunk Driving (MADD) in her home on March 7, 1980. Before MADD, there were little to no legal consequences for driving while intoxicated; her organization transformed American attitudes about drunk driving and successfully fought for stricter laws across the country."

**Lilly Ledbetter: Fought for Equal Pay
"Upon retiring from Goodyear after nearly 20 years, Lilly Ledbetter sued the company in 1998 for paying her less over the years than her male coworkers. The lawsuit climbed the judicial ladder until it reached the Supreme Court. Although they did not rule in her favor, Justice Ruth Bader Ginsberg wrote a stirring dissent. Congress subsequently passed the Lilly Ledbetter Fair Pay Act in 2009, changing federal law to better protect women in the workplace."