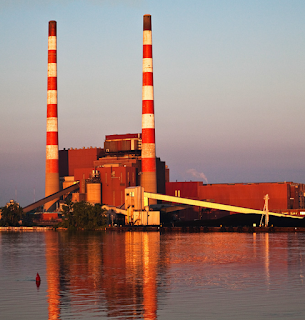 Live close to or downwind of a coal-fired power plant?

Last night, for the second night this week, our place was filled with reeking smell of burning coal. Normally we don’t smell the power plant gaseous discharges because they fly high above our home.

But this past week was different for some reason, perhaps, due to some weird weather inversion.

Still, we woke up at about 2:20 am, sneezing, eyes irritated, and realizing the odd odor permeating our air.

This morning I stumbled upon Paul Krugman’s recent New York Times column. He took a look at “The Clinton Agenda” , 14 Oct 2016, opening with:

“It ain’t over until the portly gentleman screams, but it is, as intelligence analysts say, highly likely that Hillary Clinton will win this election. Poll-based models put her chances at around 90 percent earlier this week — and that was before the campaign turned totally X-rated.”

“But what will our first female president actually be able to accomplish? That depends on how big a victory she achieves.”

Interestingly, what sprang out for me was Krugman’s following observation:
“But the most important piece of his push — the Clean Power Plan, which would greatly reduce greenhouse gas emissions from coal-fired power plants — is currently on hold, thanks to a stay imposed by the Supreme Court. Democratic capture of the Senate would remove this roadblock.”

For that reason alone — plus my irritated eyes, concern for our healthy lungs and hopeful that the power plant might finally be closed as scheduled — I feel I now have one more reason to support Sec. Clinton.

How many reasons do you need for not voting for Mr. Trump?