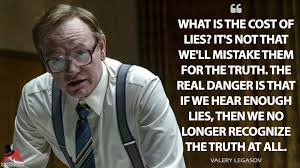 Clearly there are considerable and major differences between the atrocities which were perpetrated by the Nazi / Japanese leaders vs. the administrations of U.S. Presidents Johnson, Nixon, Geo. H.W. Bush, Geo W. Bush, Barack Obama and Donald Trump. Yet, as leaders, with the power to do otherwise, these U.S. leaders, including cabinet members and other appointees under their control — both Democrat and Republican — led our nation and our allies into unnecessary wars and condoned heinous atrocities, such as murder, mass murder and torture, in violation of the Geneva Convention, based upon false and deliberately misleading propaganda which they used to justify their actions.

These U.S. leaders never paid a price for their roles in planning, permitting, carrying out and condoning the various deceptions, intrigues, murders of democratically elected heads of state and coups d’état to say nothing of unleashed terrifying weapons causing death, dismemberment and unimaginable destruction upon innocent civilians.

However, millions of everyday people did pay the ultimate price — with their lives — and millions more are still paying due to the weapons of carnage – agent orange, spent uranium munitions, napalm, landmines, and many more.

Additionally, trillions of dollars were squandered feeding the war machine, enriching the cadre of war broker beneficiaries and a multitude of small-time criminals.

Alone, a president, cabinet member, department head or a general could not have created the original lies plus the sustaining mechanism to fan the flames of destruction we have witnessed over the past 60 plus years.

That has taken a plethora of specially honed psychopathic talents brought together under the auspices of an unrestrained, unaccountable, intelligence community led during the 1950s by John Foster Dulles and Allen Dulles, Secretary of State and Director of the CIA; then perpetuated by subsequent leaders of the U.S. intelligence department (s) and Secretaries of State.

Together, the Dulles brothers were responsible for creating, contributing to and exploiting anti-communism hysteria in the U.S. during the 1950s (Please see my previous post: below: Lies Too Big to Fail, Part I, How We Lost Our Naïveté.) and paving the way for the “Black Ops” atrocities - which are ongoing - right up to today.

Why do I believe these things? What has changed over the past 60 years and more? The answer is:
As a result of the documents made available through multiple FOIA requests, the JFK Records Collection Act and a handful of courageous souls, information long held secret has come to light exposing our Doppelganger past and sadly, our present, as well.

Someday we will have the whole truth. But will we know and believe it when confronted with it?