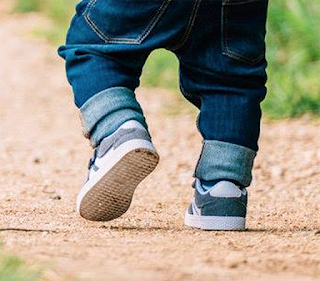 After a bazillion years of killing each other, hating the other guys, beating up and stealing from our most unfortunate, and stomping on refugees and asylum seekers, it is time to acknowledge that the old ways just have not worked out so good for the most living humans.

O.K. so a few people are living is great style.

That’s O.K. let them keep on keeping on.

But, as a society, we generate a lot of wealth, trillions every year.

It’s time to take a few baby steps toward treating ourselves better and improving our life. That means all people. Not just the fortunate few.

That’s why I agree with Rep. Alexandria Ocasio-Cortez (AOC).

It’s clear that the time has come for our society to begin to acknowledge that human life is more important than accumulating more and more wealth for the already stupendously wealthy and powerful .01%.

It is time to take more baby steps toward emphasizing improving life for the humans living and begin to move away from allowing most our society’s wealth to be metastasized into trillions of dollars of corporate welfare and weapons of death and destruction.

Here’s what she said the other day…

Rep. Alexandria Ocasio-Cortez won applause and cheers from her constituents on Sunday at a town hall in the Bronx where she expressed deep frustration with the routine dismissal of investment in public goods as “free stuff.”

“I never want to hear the term ‘free stuff’ ever again,” Ocasio-Cortez told the audience.

The progressive first-term Democrat explained her vision for newly proposed legislation—the Green New Deal for Public Housing—for a $180 billion investment in upgraded public housing that would prioritize communities on the frontlines of the climate crisis, retrofit units with energy-efficient insulation and appliances, and create 250,000 jobs. The bill is cosponsored in the Senate by Sens. Bernie Sanders (I-Vt.), Elizabeth Warren (D-Mass.), and Jeff Merkley (D-Ore.).

Like public roads, schools, and libraries, Ocasio-Cortez said, public housing should be recognized as a public good funded by taxpayers, particularly the wealthiest people and corporations.

“It is possible and it’s not that we deserve it because it’s a handout,” the congresswoman said. “People like to say, ‘Oh, this is about free stuff.’ This is not about free stuff… These are public goods.”

At Sunday’s town hall, Ocasio-Cortez denounced the term “free stuff” to dismiss progressive proposals for benefits already available to people in many developed countries as a “neoliberal” talking point.

“I’m already hearing some of these neoliberal folks who are trying to flip the script on us and say…’Oh, I don’t want to pay for a millionaire’s kids to go to college,'” she said.