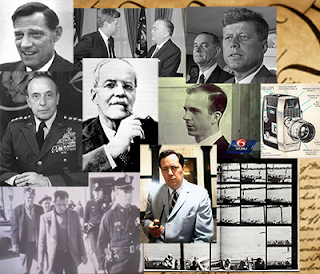 
Yesterday, Pres. Trump once again caved to the CIA / FBI. This time extending the deadline by 3 ½ years to 2021.

It is estimated that about, “15,884 records that have now been partially released, some with heavy redactions, will be subject to yet more review over the next three years under Trump's order.”*

Frankly, my guess is that all incriminating records must have been destroyed by now, erasing all traces of evidence leading back to the FBI / CIA’s involvement in Pres. Kennedy’s murder. Still, something must be in the documents or the people in charge of the current FBI / CIA would not be fearful of releasing them — 55 years after the coup d'état and murder of our 35th President.


Coup d'état and murder of our 35th President? Yes. Here is why I believe that is exactly what happened.

I was attending a junior high school biology class the day President Kennedy was murdered. If you were alive at that time, I’ll bet you remember where you were that day, too.

The nation was in shock the day President Kennedy was shot – well, many of us were, I guess. Since that day in 1963, I’ve learned that a whole lot of people wanted the President dead.

Because of the JFK Records Collection Act, Dr. Joan Mellen explained, “The CIA released thousands of documents, not all about the JFK assassination. I believe the CIA does not know what is included in the documents that they released many of them are about peripheral issues.”

What was released that’s so important? How about Lee Harvey Oswald’s FBI and CIA payroll records?

“There is no mistaking that Lee Harvey Oswald was connected to CIA, US Customs and the FBI,” said Dr. Joan Mellen. (1. ) 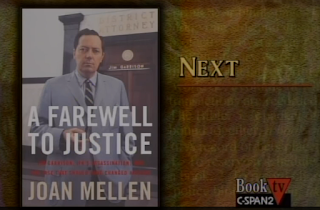 (For a more complete interview and discussion, go here for Dr. Mellen's Book TV C-SPAN2 presentation which was aired on 24 Jan 2006, following the first printing of her book, A Farewell to Justice: Jim Garrison, JFK’s Assassination, and the Case That Should Have Changed History.)

“I believe they (CIA) think they are invulnerable. They release a lot of these documents and they have no idea what is in their own documents.”

“What I discovered,” she said, “is CIA has the power; the military is their arm; defense contractors are their clients; the government, elected officials are for show.”

In another recent presentation (3.) Dr. Mellen, said, "My belief is that the more we know about who was behind the murder of President Kennedy, the more empowered we are to combat the present assault on the Constitution. The more cogently we can analyze who profited by the death of President Kennedy, and by that I don’t mean the beleaguered Lyndon Johnson, a pawn in the hands of those who put him into office, long-time CIA assets Herman and George Brown, but not only the Browns, but D. H. Byrd, the Klebergs and others, the better able we will be to determine what is to be done. The more we uncover the similarities between the three Texas Presidents, the better equipped we are to reverse the authoritarian direction the government of this country has taken, if it isn’t already too late."

As painful as it is and so very difficult to accept, Dr. Mellen has found the truth for us.

Finally, after all the years of absolute denial about Oswald’s obvious connection to the CIA and FBI, we also now know, without a doubt that the CIA altered the Zapruder film, produced a “doctored” version, and swapped out the original film. This revelation alone negates countless investigations which were based upon the Zapruder film as an indisputable record of the President’s murder. Sadly, it also reveals formerly respected media giant, Time, Inc., an agent of the CIA, and its executive’s role in suppressing evidence. (4.) 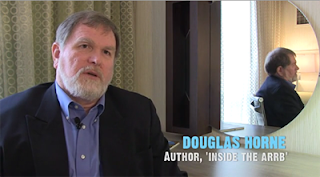 "A revised version of the 2005 edition, the new 647 page A Farewell to Justice is a virtual encyclopedia of the JFK assassination. The book leaves no doubt that high level CIA officials authorized the murder and provides a complete list of the cast of characters who played roles in the assassination and/or cover up."
"The new edition makes use of documents Mellen obtained via her 2011 Freedom of Information (FOIA) lawsuit and personal  interviews with surviving assassination witnesses. The most startling new evidence relates to Robert Kennedy’s systematic efforts to obstruct both the Warren Commission investigation and Jim Garrison’s efforts to identify the real culprits behind his brother’s murder." also see,"The Kennedy Assassination and the Current Political Moment", Talk at the 92nd Street Y, Joan Mellen, 28 Jan 2007

Also read: Speech delivered by Joan Mellen at the annual meeting of “November In Dallas,” for the JFK Lancer group, November 23, 2013

And, please listen to:

Joan Mellen on WLRN’s Topical Currents, Joan Mellen Discusses “The Great Game in Cuba: How the CIA Sabotaged Its Own Plot to Unseat Fidel Castro” 15 April 2013.

"Joan Mellen is the bestselling author of twenty books, including A Farewell to Justice, her biographical study of Jim Garrison’s New Orleans investigation of the Kennedy assassination. She has written for a variety of publications, including the New York Times, Los Angeles Times, Philadelphia Inquirer, and Baltimore Sun. Mellen is a professor of English and creative writing at Temple University in Philadelphia.

In 2004, she was awarded one of Temple University's coveted “Great Teacher” awards for outstanding achievement, in particular in the graduate program in creative writing. Joan Mellen lives in Pennington, New Jersey."

2. "The Politics of the CIA", presented at the 23 Nov 2013 annual meeting of COPA, Coalition on Political Assassinations, Dallas, Texas, Dr. Joan Mellen.

and Inside the Assassination Records Review Board, by Douglas P. Horne.