Can you Hear What I Hear? 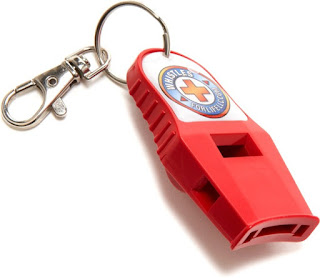 How could two of the tallest buildings in the world be toppled by a fossil fuel fire and millions of tons of steel and other debris disappear in front of our eyes? What about WTC 7? Why did it fall?

Once you look past the corporate media’s superficial reports, the questions about 9/11 are never ending.

And, frankly, after years of my own research, I still am overwhelmed with despair for those who lost their lives that day and those who faced agony and illness for years after, to this moment.

Please, watch them. Please do your own 9/11 research.

When you do, I have no doubt that you will come to the same conclusion as I have.

And you, too, will shiver with fear, knowing that 9/11 could only be a State Crime Against Democracy (SCAD), a mass murder, likely perpetrated by those within our own government.

When I was a child, we thought of ourselves as the guarantors of a rebuild Europe and Japan; conquerors of outer space, and technological wizards. Our home was a land where both the American Dream and equal opportunity lived; where I could own my home, make a good and stable living, and send my kids to college.

Somewhere along the way our nation changed. We metastasized, into a Doppelganger USA selling perpetual war — dealing death to millions — and all the while trampling on our own Constitution and our citizens’ freedoms.

We became the land that assassinated its own president and civil rights leaders. And, under the spell of an irrational fear of communism, we let our Black Ops people murder, torture and disrupt with impunity; topple democratically elected governments and stymie third world nationalistic heroes; kill millions of defenseless people in predatory capitalistic wars; sell cocaine to our children to fund countless wars against people throughout the world (2.) and flushed trillions of dollars down the toilet while letting our own starve. We turned the mentally ill out in the bitter cold; allowed millions to go without proper healthcare and treated our elderly like used disposable diapers. All the while the few, the .1%, capitalized on the perpetual war machine — the Doppelganger USA — we had become.

We, the 99.9%, remained oblivious, even while nearly 3,000 of our own were murdered before our eyes on one September day.

Finally, our metastasized Predatory Capitalist system went too far, and Depression .2 happened. That’s when millions of us lost everything — our homes, our savings, our jobs and our dreams. We began to awaken because these things were now actually happening to us, the middle class, the everyday Joes and Janes who go to work, pay our mortgages, take care of our kids and believe our government is working in the best interests of us all.

No longer were just the “minorities” being abused, disenfranchised and stolen blind. We were too. We became the “them”, “the despised others”, in the .1%’s “Us vs. Them” nightmare formula.

Now, with our belief in our political leadership eroded to the very bottom of the Gallop confidence scale, and the most corrupt U.S. President in history occupying the Oval Office, we are literally clinging to our last and most precious dream – our hope for a better tomorrow.

Millions of us, whether or not we understand it, teeter on the edge of a frightening abyss of hopelessness. -more from Lies Too Big To Fail-