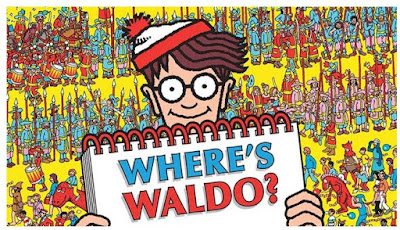 Except this new version isn’t as much fun.

Especially when you think about all those additional billions of dollars the Republicans say we need to fund the Defense Department.

Or, the Republican’s endless mantra, “we don’t have the funding and can’t afford” most anything of life-affirming value provided by the federal government and therefore we must sell-off every asset owned by the public.

Or. the trillion in wealthy-tax-break-national-debt that the Republicans have loaded on our children and grandchildren. Or, the previously reported missing $21 trillion that no government person seems even the slightest concerned about.

Here’s the rest of the story:

"One of the Pentagon’s largest agencies can't account for hundreds of millions of dollars’ worth of spending, a leading accounting firm says in an internal audit obtained by POLITICO that arrives just as President Donald Trump is proposing a boost in the military budget."

"Ernst & Young found that the Defense Logistics Agency failed to properly document more than $800 million in construction projects, just one of a series of examples where it lacks a paper trail for millions of dollars in property and equipment. Across the board, its financial management is so weak that its leaders and oversight bodies have no reliable way to track the huge sums it's responsible for, the firm warned in its initial audit of the massive Pentagon purchasing agent."

"The audit raises new questions about whether the Defense Department can responsibly manage its $700 billion annual budget — let alone the additional billions that Trump plans to propose this month. The department has never undergone a full audit despite a congressional mandate — and to some lawmakers, the messy state of the Defense Logistics Agency's books indicates one may never even be possible."

“If you can’t follow the money, you aren’t going to be able to do an audit,” said Sen. Chuck Grassley, an Iowa Republican and senior member of the Budget and Finance committees, who has pushed successive administrations to clean up the Pentagon’s notoriously wasteful and disorganized accounting system."

Oh, by the way, where is our missing $21 trillion?

It's not likely we will ever see our missing trillions. So, then, let's ask an easier question: Where's the beef?