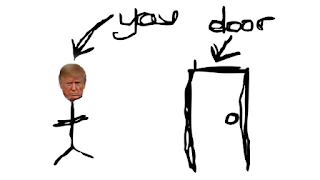 You know when something bothers you so much that you just can't tolerate it? Some people say, "Leave me alone. You're on my last raw nerve!"

Is this tweet proof enough for you that Mr. Trump would best serve the interests of the United States if he were to resign the office of the Presidency forthwith?

Enough already. Mr.  Trump. You win. You are "undefeated". Please exit the office of the President of the United States and go back now to your Trumpian world.

Or, there's a vacant office waiting for you at the Confederate States of America.


I will Veto the Defense Authorization Bill if the Elizabeth “Pocahontas” Warren (of all people!) Amendment, which will lead to the renaming (plus other bad things!) of Fort Bragg, Fort Robert E. Lee, and many other Military Bases from which we won Two World Wars, is in the Bill!
— Donald J. Trump (@realDonaldTrump) July 1, 2020