What Does it Mean to be an American Today? 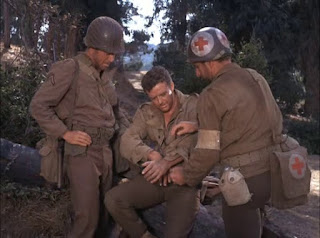 I grew up in a mass delusional world.

Most Americans back then were afflicted with a something akin to delusions of grandeur — only different, in a special “American” way.

We thought we were a special people. We were divinely chosen to spread our form of Democracy (American Capitalism) throughout the world. We were entitled because we were the victors. We had triumphed over evil. After all, had we not just singlehandedly won World War II?

It was our manifest destiny to spread our businesses throughout the world and impose our way of thinking because we were good, just and always right. And, of course, everyone else was envious of our American Way.

The TV told us how great we were, too. Superman said he fought for, Truth, Justice, and the American Way.

I not only believed in various versions of the Cowboy Creed Creeds* I saw on TV and read about, I actually tried to live by them, too. Those cowboy heroes — Hopalong Cassidy, Gene Autry, the Lone Ranger, and Roy Rogers — along with my other heroes, Davy Crockett, Daniel Boone, and later, Sgt. Saunders and 2nd Lt. Hanley of the TV Series, Combat!, were real to me. They weren’t actors playing parts. No, I believed they were real. The things they did were the things I could aspire to, as well.

Along with millions of other American kids, I admired the even-handedness of Fess Parker’s, Davy Crockett; the inspirational bravery of his Daniel Boone; the self-confidence of Vic Morrow’s, Sgt. Saunders; the “take care your men before yourself” of Rick Jason’s, 2nd. Lt. Hanley; and most certainly, the “never leave your wounded” and “under fire bravery” of Conlan Carter’s, Doc.

It wasn’t only me, you know. Millions of other kids thought so.

It was the American Delusion of the '50s and '60s. That’s the reason some of us were and remain so messed up. We believed in the inherent good of mankind and we knew it was up to us to make things better.

Today. What can one say about today?

We no longer have a vision of what it means to be an American. We have just lost our way.


So, what does it mean to be an American... today?

Please go here for an excellent description of the Cowboy Codes (Creeds) and other stuff.