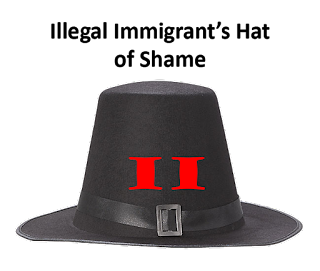 
In the United States we all know how our culture judges people:


In addition to the "judging list" above, people in Michigan may soon have an additional, handy-dandy pocket tool for identifying "less-than-worthy" people – The Michigan driver’s license.

Scarlet Letters
If some Republican legislative types get their way, certain people in Michigan will be required to include their immigration status on their state-issued driver’s license.

You know, as well as I, that for most anything, e.g. opening a bank account, concluding a contract, obtaining a job, etc., one must show a valid driver’s license. So, now your license will also show your immigration status, as well as your approval to pilot a vehicle through the Michigan potholes. That little tool will make it really easy to deny every known important service to the unworthy.

In my mind, it’s akin to Nathaniel Hawthorne’s, The Scarlet Letter (1850). You may recall reading the book in high school. Hester Prynne was forced to wear the red “A” for adulteress, throughout her life for her part in the extra-marital relationship she had with Rev. Dimmesdale. Suffering abuse, ridicule, shaming and shunning throughout her life, Hester never reveals that the father of her daughter, Pearl, is Rev. Arthur Dimmesdale.

What’s next Michigan? Will illegal immigrants be required to wear double Scarlet II’s on their cloths or branded on their chests? Or, will they be made to wear Puritan hats, emblazoned with scarlet IIs, rather than permitted a baseball cap, proudly sporting an Ole English D?

Please go here for the story.

"Susan Reed, managing attorney for Michigan Immigrants Rights Center, said the proposed language was problematic and inaccurate because it failed to take into account that people who have applied to renew or received renewal of their licenses or IDs may be waiting on verification or reverification delays."

"Reed said her group corresponded with the Secretary of State and the bills’ Republican sponsors to address the concerns. Now that the “visual marking” language is out of the bill, the immigrants rights group is neutral on the bill."