Bad Guys Even the Score 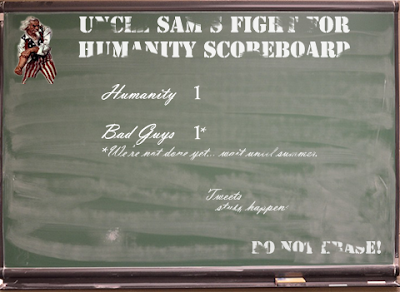 One of Mr. Trump's first official acts as President of the United States was to officially shaft the 99.9% first-time homeowners by reversing the pending 0.60% reduction in FHA mortgage insurance rates. People who borrow $200,000 under the FHA will now be paying an additional $500/mo. on their mortgage insurance. In total, this Trump executive order will cost homeowners millions of dollars.

“The Obama administration had said last week that the Federal Housing Administration would drop the cost of mortgage insurance it sells by almost a third to 0.60 percent. But after Trump took office, the Department of Housing and Urban Development, which oversees the FHA, told lenders the fee cut was off.”

“The reduction was intended to help partially offset the cost of rising mortgage rates and was scheduled to go into effect on Jan. 27. The government sells the insurance in case borrowers default.”

“Julian Castro, Obama’s HUD secretary, said when the fee cut was announced that the FHA’s reserve fund had grown by $44 billion in the last four years and that it was time to share these gains with borrowers. Ben Carson, Trump’s nominee to run HUD, said in his confirmation hearing that he supported undoing the fee cut…”*

So, from day one we see Mr. Trump wasted not a second putting the screws to the “little” people, the 99.9%... some of whom actually believed in him.

Humanity's Score on our Humanity Scoreboard now stands at 1 for Humanity and 1 for the Bad Guys.