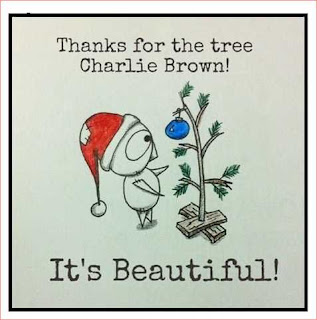 Ed Note: I held David's story to post after Christmas. During the Holidays we often lose the meaning of giving in favor of buying. In his story, David brings us home... to love... where, I pray, we all are. -RB

I wrote this story a year ago and would love to share it. It begins with a story I received on the internet.  There were a couple of versions of it so this will not be verbatim. I’ll use my own words in telling the same story.

An eight year old boy named Spencer was in this shopping mall with his aunt Becky.  Soon they came upon a huge line of young kids and adults. The line seemed to get longer as the minutes passed. Spencer asked his aunt “why are so many people in that long line?” Becky told him they were all lined up to see Santa Claus. She went on to say: “the first sight of Santa Claus means that Christmas will soon be here.”

Spencer had been going to Sunday School as long as he could remember. He had a rather puzzled look on his face as he asked Aunt Becky “Didn’t Jesus give his life for us and isn’t Christmas Day his birthday?” When Becky answered in the affirmative, Spencer asked, “If that is the line to see Santa Claus, where is the line to see Jesus?” That created an immediate welling that quickly turned to real tears as Becky wondered if that question had ever been asked before.

When they returned home, Becky, a very lovely and aspiring vocalist told her father what Spencer had asked. They put words together and soon a beautiful new Christmas song was born. It featured Becky singing the words to “Where’s the Line to See Jesus?”  You can hear it by going to this site:  wheresthelinetoseejesus.com

A few days later our entire country was introduced to a small town in Connecticut called Newtown. We all know of the tragedy that struck that town.  Believe me I have as much empathy as everyone else. When I was asked of my thoughts I said it has all been written. There was nothing more I could offer as to who and what was to blame or how to prevent it from happening again.

Since I began writing some four years ago I have come to believe that no matter how bleak the situation, something positive will come from it.  You may have to look very deeply for it, but eventually it will appear.  This time I didn’t have to look for it. It stared me in the face as I attempted to enter an elementary classroom four days before Christmas.

My wife, Janet had asked me to be Santa Claus to her preschool class of four year olds.  She also asked me to do the same for another teacher’s three and four year olds. There would be a total of about forty kids. Even though I had now preferred Jesus over Santa Claus I responded by saying “What an honor it is to be asked and of course I will do so.” The other teacher, Jessica had a Santa suit for me which fit perfectly. The plan was for me to enter the classroom with a large bag filled with gifts and I would call the name of each child and present them with their gift.

When that Friday arrived I gazed at the calendar. Not only was it December 21st, it was the first day of winter. I didn’t need a calendar to be reminded of that as I opened the front door and saw that we had been treated to not only four inches of snow but bitter cold temperatures and a 20 MPH biting wind. It was our first so called snowfall of the season. We managed to get Janet out of the driveway early enough to drive those fifteen miles to school and arrive by 8:30.  I didn’t have to be there until 10 AM. My son, David-Scott, home for Christmas from Chicago drove me to the school. It took all of forty five minutes to cover those fifteen miles.

When we arrived we got out of the car and into that cold biting wind and walked to the door to enter the school. It was then and there I realized the positive from that Newtown tragedy. That would be the heightened security of all the schools across the country. We pressed the buzzer several times to no avail. If you didn’t have an appointment to arrive at a certain time, you would not enter that school while it was in session. It took about ten minutes to make contact with Janet by cell phone.

I went directly to the supply room and changed into the Santa suit. My pack was full of gifts.  I entered the classroom with bells ringing and shouting HO-HO-HO and was seated in front of the room facing the children. I reached into my pack and pulled out a gift. I called the name of the child who came running up and sat on my knee. I assisted them as they open their present. That scenario was repeated forty times during three sessions.
Three, four, five and six year olds are the same all over the world.  I have seen them in Europe, The Far East, Canada and across the States and they are the same completely innocent little children. I quickly thought of those Newtown  children that would not be able to sit on Santa’s knee or even the younger ones in Vietnam that were blown to bits as villages were destroyed. Then I would look at the cheerful faces of these children and I got such a jubilant feeling of contentment that I’d never before experienced.

If it hadn’t been for the hair, the whiskers, the beard and the glasses that completely concealed my face, those kids may have had another perception of Santa Claus. They would have seen tears of sadness and happiness streaming down.

This year, though Janet is now retired, Jessica has asked me for an encore. I told her I’d be delighted and will do so December 19th and 20th.