A Better Outcome Than Expected 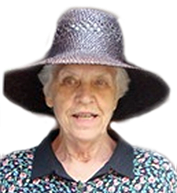 When I left the hospital late that night, I told my husband Leon, “I think you will be fine.”

We had spent all afternoon dancing at a park for Senior Citizen Day. We later stopped at a restaurant.

There was something about him that made me ask, “Are you OK?  He denied problems. He went to the bathroom and came back staggering and clearly having a stroke.

911 was called, he went to a nearby hospital and had excellent care.

We ended up having the best ten years of our lives.