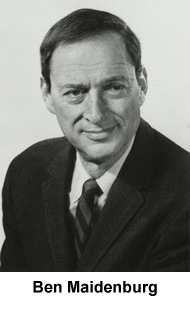 Years ago, I went to see a man seeking his help.

He was famous for his tough, but even-handed demeanor. He was the executive editor of my hometown newspaper and I knew I’d have absolutely no way to help save a national youth program without his help and stewardship. After all, I was all of 25 years old and knew nothing of local politics.

He knew how things got done, especially when the odds were decidedly stacked against success.

The one-year operators of this venerable program, the local Chamber of Commerce, had botched the management of the All-American Soap Box Derby, allowing a scandal to rage out of hand. Then in an embarrassing hissy-fit, the Chamber Executive Director declared it dead, a victim of the evil Watergate Era.

Along with other Akron Area Jaycees, I understood that if it were to remain abandoned and left to die, well then, the people of my hometown would lose again. It would be another blow to their self-respect, perhaps even worse than the loss of thousands of jobs, all gone to the union-free south and starvation-level-wage paying Mexico and Asia.

So as chairman of the the Akron Jaycee Save the Soap Box Derby Committee, I began organizing and reaching out for support and the rights to run the national event the following year. Without a dime in the bank (the Chamber refused to grant us the operating monies donated by Akron businesses and individual supporters) I quit my job at Goodyear.

I called Ben Maidenburg. Yes, he did pick-up his own phone. I asked for his help and support. He agreed to help us. Later that same day, Maidenburg introduced me to publisher John S. Knight.

Knowing we had their support, our committee fought to secure the rights to the program, reorganized it as a 501(c)(3) nonprofit corporation and began the arduous task of reinventing it and creating a self-sustaining foundation of financial support.

All this came flooding into my mind this morning as I read ProPublica’s call to news reporters and editors: Join ProPublica’s New Project to Work With Local Newsrooms.


“With support from a new three-year grant, we will pay salary plus an allowance for benefits for one full-time reporter dedicated to investigative work throughout 2018 at each of up to six partner news organizations in cities with population below 1 million. The reporter will still work in and report to their home newsroom, but they will receive extensive guidance and support from ProPublica. Their work will be published or broadcast by their home newsroom and simultaneously by ProPublica as well.”

More than anytime in the history of our nation, We Need You.

Your community needs your mind, your drive, and above all, your skill at ferreting out truth.

As I see it, you’d be helping your community, seeking the facts and presenting them in the best Maidenburg tradition. - RB