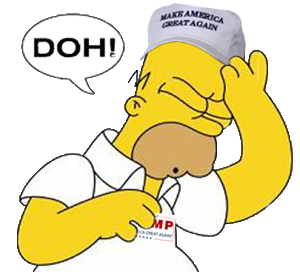 There’s so much deliberate “misinformation” goin’ around about unimportant “presidential” things that we nearly forgot to remember something that’s actually important.

But, Sen. Warren has remembered this important fact for us: the non-criminal prosecution of those responsible for the 2008 financial crisis.

At least she is not willing to let the government slide when it comes to bringing to justice those responsible for the financial crime of the century. She stated: "For the uncounted millions of Americans whose lives were changed forever and for those who are still dealing with the consequences of the crash, I can think of no matter of 'intense public interest' about which 'the American people deserve the details' than the issue of what precisely happened to the criminal referrals that followed the 2008 crash."

The “criminal referrals” she noted were recently disclosed in documents which revealed, “that the FCIC referred nine individuals and 14 corporations to the DOJ (Department of Justice) in 2010 based on "serious indications of violation(s)" of federal securities or other laws. But none of these individuals or corporations has been criminally prosecuted.”

Who are these people? The answer, again from Sen. Warren is, the FCIC specified nine top-level executives who should be investigated on criminal charges, including: CEO Daniel Mudd and CFO Stephen Swad of Fannie Mae, CEO Martin Sullivan and CFO Stephen Bensinger of AIG, CEO Stan O’Neal and CFO Jeffrey Edwards of Merrill Lynch, and CEO Chuck Prince, CFO Gary Crittenden and Board Chairman Robert Rubin of Citigroup.

From my perspective it is important to note the difference between a presidential candidate trying to make himself seem great and Sen. Warren - Sen. Warren is working for the best interests of the people.