A National Civic Leader Has Emerged

With the announcement by Pew Charitable Trusts of its collaboration with former Gov. Jennifer Granholm to launch a national campaign for clean energy policies that create jobs, stimulate innovation, spur investment and enhance America’s competitiveness in the global clean energy race, the national civic leader we so desperately need has emerged.

Gov. Granholm is a proven, competent and articulate advocate for progressive concepts which, if not derailed by the suicidal Republican Party leadership, will lead our nation out of the current recession and into a promising future of sustainable energy. Worldwide, similar programs have been underway for nearly a decade and they are providing not only the impetus for new technology but also large scale employment and renewal of cities and towns.

This is a major moment for our country in many ways similar to the drive to put a man on the moon. The door is now opening toward a new world for us driven by our need to become less dependent upon carbon-based fuels and reduce greenhouse gases. And, while the Sustainable Energy Revolution is already stimulating rapid technological change in solar, wind and hydro energy, the most important change it will bring about is a rebirth of our national “can do” spirit. 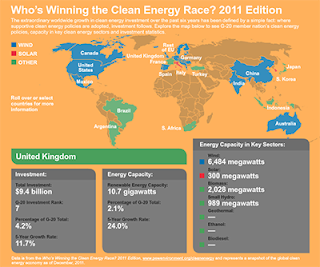