Insanity Reigns in the Oval Office 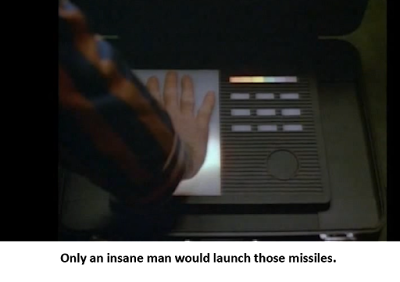 Many years ago, one of my closest friends observed that my attention was not focused on my business and I was letting important things fall to the side while I concentrated on just one client’s dream. That, in fact, was true. While concentrating on helping another person reach his goal I was losing sight of my own. It was wise counsel then as it is for all of us today.

Unfortunately, the game is much bigger for us, though. Back then I stood to lose my life-long business and my retirement savings.

Today, we stand to lose not only our nation but our lives, too.

As each day dawns, the person occupying the White House Oval Office appears more unhinged.  Like a scary Stephen King novel, the plot thickens more and more with each passing hour as unbelievably he somehow manages to bumble from one self-induced crisis to the next, tossing scapegoats under the nearest bus in poorly veiled attempts to misdirect attention from his own ineptitude, malfeasance and misfeasance.

Insanity reigns in the Oval Office. God help us all.

Putting the mental health of the President of the United States aside (for a  moment, at least), where should we be directing attention?

In a recent article, Dr. Andrew Bacevich* underscored a few of the most important issues which our media, our politicians and our president should be addressing.

“Let me suggest that any one of these two dozen issues -- none seriously covered, discussed, or debated in the American media or in the political mainstream -- bears more directly on the well being of the United States and our prospects for avoiding global conflict than anything Donald Trump may have said or done during his first 100 days as president.  Collectively, they define the core of the national security challenges that presently confront this country, even as they languish on the periphery of American politics.”

“How much damage Donald Trump’s presidency wreaks before it ends remains to be seen.  Yet he himself is a transient phenomenon.  To allow his pratfalls and shenanigans to divert attention from matters sure to persist when he finally departs the stage is to make a grievous error.  It may well be that, as the Times insists, the truth is now more important than ever.  If so, finding the truth requires looking in the right places and asking the right questions.” **

*Dr. Andrew J. Bacevich, Sr. is Professor Emeritus of International Relations and History at the Boston University Frederick S. Pardee School of Global Studies. He is a retired career officer in the Armor Branch of the United States Army, retiring with the rank of Colonel. He is a former director of Boston University's Center for International Relations (from 1998 to 2005), now part of the Pardee School of Global Studies.

**Here Are 24 of the Biggest Issues Facing the Country—And the DC Elites and Media Don't Bother Addressing Them, Andrew J. Bacevich, 7 May 2017, Tom Dispatch.