Dealing With My Conscious Self 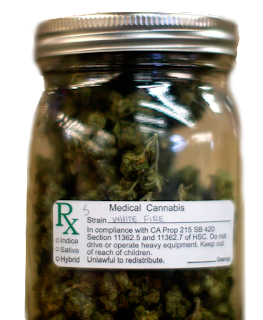 A very long time ago I tried to smoke. Immediately my body said, "No". I coughed and hacked and ended up with a sore throat and a smelly mouth. I never tried to smoke again.

I never tried marijuana or drugs. I guess I feared I'd lose control of myself, similar to the time I was knocked out while playing football and ended up with a concussion. I blacked out for several hours and remembered nothing until I woke up in the hospital.

Later, my Dad told me I'd punched the emergency doctor in the nose because he kept making me lay down on the ice-cold examining table. Dad said, "You told him several times to stop holding you down... they had taken your shirt and you were cold... so you finally punched him. The doctor understood... you weren't yourself due to the concussion."

I was sorry, of course. That episode cured me of any interest in drugs which would put my conscious self into some other place.

It's time for a reboot now that it appears that medical marijuana could become a major good thing in our lives. This from The Atlantic:

In the study, the researchers identified "nine conditions for which medical marijuana has evidence of efficacy in treatment—including anxiety, depression, sleep disorders, and pain."

OK... OK... I've learned that you don't have to smoke the stuff to realize the medical benefits. So, no sore throat for me if I ever need to use it to deal with my conscious self in this world.