A Day with Dr. Ben Carson 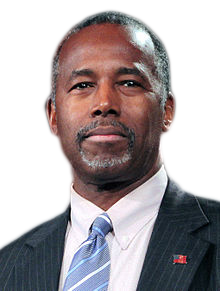 I have always loved a rags to riches story.

There are a lot of well -known people who would be delightful to know and spend a day with. Oprah would be high on my list. She would be fun and would probably have her people make me over and dress me in a stylish way. She might suggest that her skin care people give my skin a treatment from years of teen sunbathing damage. She is able to hire people, she has loads of talent and probably has had excellent timing.

There are many famous sportspersons who grew up on the mean streets of cities. They persevered and became amazing and famous athletes. Many farm boys skated every winter on the frozen pond behind the barn and a few ended up being stars in the National Hockey League. A lot of people have amazing musical talent, for some it comes to them naturally and others must work and then never excel to become well known.

My choice would be to spend the day with Dr. Ben Carson.

I can’t imagine anyone faking being an outstanding world famous neurosurgeon. I would ask him if we could meet in Detroit and then he could show me his old neighborhood and maybe even his house where he lived as a boy. I would like to see what streets he used to walk to school.We could visit his schools if they are still open. I imagine that there could be a few of his teachers still living that we could contact. I need to know how he was as a boy.I imagine all who read this know that he is an African American man. He recently ran for President of the United States.

I would want to know what made him work so hard to become a world known neurosurgeon. I have watched the movie Gifted Hands all about his life. I have read a lot about him and find it amazing that he did so well after such an unpromising childhood.

The father was not in the home and his mother couldn’t read or write. Far too many with backgrounds like Ben’s end up in prison. I am an independent voter and probably would choose a person with broader experience to be our president. Dr. Carson would be better suited to be surgeon general. He must surely be an outstanding role model to all who know about him.

I wish someone could do a blood test or a brain scan on Dr. Carson to find out where he got that momentum and drive to succeed. I would like to see more young people with the right stuff as some would say. I will in fact ask Dr. Carson to bring all of his family along for our day. His wife is a professional violinist and his three sons have done well as professionals in different careers. Dr. Carson appears to be a good family man. I think our day together will go too fast. I had better have someone take a video so I can live my day over and over.
Posted by Ron Baker at 10:41:00 AM