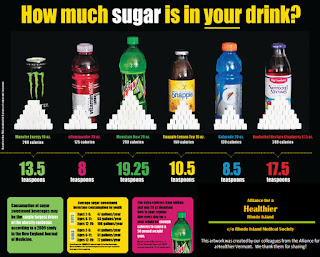 (Part One) On 16 June, the City of Philadelphia became the first “major” U.S. city*  to adopt a “sweetened beverage tax”. The vote marked the third time in the past six years that Council considered similar legislation.

This time Philadelphia City Council voted 13 in favor and 4 opposed to approve the 1.5-cent-per-ounce tax that will be applied to sodas and other sugary drinks, including teas, sports drinks and energy drinks. Drinks exempt from the tax are those that are more than 50% fruit juice, vegetable juice or milk. The tax will take effect 1 Jan 2017 and is expected to raise $91 million annually.

While the Philadelphia City website shows in detail the health reasons to minimize drinking sugary beverages, Philadelphia Mayor Jim Kenney made no secret of his major reason for the tax: it is to secure funding for city projects including, “pre-kindergarten expansion, the creation of community schools and an investment in parks and recreation centers”.

The Philadelphia sweetened beverage tax (SBT) legislation could become a tipping point for other U.S. cities which are equally hungry for funding to overcome budget shortfalls and because it signals a path for overcoming the beverage lobby, which has spent millions of dollars to beat down similar tax efforts throughout the nation. Until Philadelphia, the record stood at 45 wins for the beverage lobby to 1 for local communities.

While local legislation will not alone solve our health crisis, it’s possible that Mayor Kenney has discovered a “key” to putting a dent in the U.S. obesity epidemic while helping to reduce sugar-addiction-caused metabolic disease and local budgetary shortfalls, too.

Local legislation is one step toward helping to solve our health crisis. See Part 2 tomorrow: Making Health a Priority.

*In Nov 2014, Berkeley, CA was actually the first city to pass similar legislation.

For more about the dangers of our sugar addiction, please go here:
LIFE.2
For Your Loved Ones & For Your Health – Stop Eating Sugar-Loaded Processed Foods