I Am Because You Are 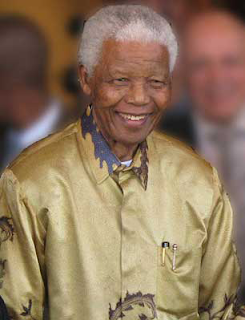 “..although South Africa is liberated in terms of ending apartheid and majority rule, the old oligarchy and the economic organizations of the northern developed nations still primarily run the economy. Nelson Mandela (Madiba) was known for his humility as well as his unrelenting defiance of South African apartheid. It may have been inculcated in him in the tribal community in which he was raised, where leadership was by consensus, and the African philosophy of 'ubuntu' prevailed - "I am because you are.” Danny Schechter, Madiba A to Z, The Many Faces of Nelson Mandela. Interview: “Nelson Mandela Was Only Removed From the US Terrorist List in 2008”, Mark Karlin, 6 Jan 2014, Truthout.

- More about Peace at encoreboomer/Peace.2

Email ThisBlogThis!Share to TwitterShare to FacebookShare to Pinterest
Labels: I am because you are, Nelson Mandela, ubuntu