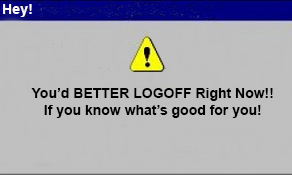 So, it's Wednesday... time for the newest addition to the Downriver USA blog... the I Knew That column.

While doing a little background work for a client, I stumbled upon an interesting website which listed the top ten addictions talked about on the Internet in 2014... thought you'd like to know:

Coffee: Caffeine, most commonly found in coffee, is an insidious addiction that affects many people in the U.S. According to research, up to 30 percent of people in the country drink six to seven cups per day. Make no mistake, caffeine is an addictive drug.

Gambling: According to the National Council on Problem Gambling, 80 percent of adults have gambled once or more in the last year, with 2 percent having some type of problem and 1 percent being pathological gamblers.

Anger: This is otherwise known as aggression addiction, and is characterized by an individual dealing with his or her problems using anger. It’s a damaging coping strategy, and its potentially addictive nature earns it a place on the list.

Food: Food affects the brain chemistry in the same way that drugs do, and around 2 percent of Americans have a food addiction. About one-fifth of food addicts are obese, and the problem is more common in women.
T
he Internet: Internet addiction is an emerging issue, and it’s tied to many different types of Internet use. Social media sites present a problem because they allow individuals to socialize and receive “likes” and other forms of encouragement 24/7, but it’s also tied to pornography addiction through the widespread nature of online adult sites and services.

Sexual addiction: 8 percent of men and 3 percent of women are estimated to be affected by sex addiction. For them, sex becomes a compulsive behavior rather than a physical expression of love. Generally, these individuals have low self-esteem and cope with this issue by becoming dependent on the hollow boost of sexual encounters, whether it’s one night stands or a related issue like pornography addiction.

Alcoholism: Alcohol is the key legal drug of most societies around the world, and it’s important to remember that it is as addictive and deadly as most illicit drugs. Alcohol dependence costs the U.S. $170 billion per year.

Drugs: Both illicit and prescription drugs fall into this category (although technically, caffeine, alcohol and nicotine should too), with legal drugs being a particularly relevant problem in America at the moment. Opioid painkillers like OxyContin are notably contributing to a prescription drug abuse epidemic.

Nicotine: Given its own category because of the harm it can cause through smoking-related diseases and its widespread nature, nicotine is a highly addictive substance responsible for the suffering or death of over 400,000 Americans per year.

Work: Despite over-working being seen as a virtue by some, it can be a mental health condition, and a serious one at that. Some feel unable to stop working, and continue to do so despite consequences to their personal relationships and health. Like drugs, work addiction messes with brain chemistry and can lead to dependence.

Email ThisBlogThis!Share to TwitterShare to FacebookShare to Pinterest
Labels: addictions, Internet, knew that